Today marks 51 years since the passing of influential writer and thinker Albert Camus. In honor of his legacy, here are 51 facts about one of the most famous intellectuals of the 20th century.

Today marks 51 years since the passing of influential French writer and thinker Albert Camus. In honor of his legacy, here are 51 facts about one of the most famous intellectuals of the 20th century.

1. Albert Camus was born in the small coastal town of Mondovi, Algeria, in 1913.

2. When his father was killed in the Battle of the Marne before Albert Camus was one year old, the remaining family relocated to the Belcourt section of Algiers, near the city’s Arab Quarters.

3. He was raised in poverty by his mother, Catherine Helene Sintes-Camus, an illiterate and partially deaf cleaning woman, and his grandmother, Madame Sintes.

4. When the family attended the cinema, Camus was embarrassed at having to read the title cards aloud to them.

5. Camus was an excellent student, and he won a scholarship to attend high school.

6. He was also an avid soccer player until tuberculosis forced him to quit playing at age 17.

7. He played goalkeeper and claimed the position was easier on his shoes and he wouldn’t therefore incur the wrath of his grandmother, who would inspect his soles for wear and beat him if she didn’t like the results. “Everything I know about morality and the obligations of men,” he once said, “I owe to football.”

9. Tuberculosis also prevented him from attending university for two years, though after recovering he enrolled in the school of philosophy at the University of Algiers, financing his studies with a series of odd jobs. While at the university, he first became involved in the theatre.

10. Camus married in 1934 at age 21. His wife, Simone Hie, was the daughter of a wealthy ophthalmologist. She was also a morphine addict, and the marriage dissolved amidst mutual infidelities after only two years.

11. In 1934, he also joined the Communist Party in reaction to the rise of fascism in Europe.

12. He was eventually expelled from the Party for his support of Algerian nationalism.

13. 1937 saw the publication of his first book, an essay collection called The Wrong Side and the Right Side. Camus was 24.

14. During this period he also completed the novel A Happy Death, but it remained unpublished during his lifetime.

15. In 1940, Camus left Algiers for Paris after losing his job when the Alger républicain newspaper ceased publication.

16. That same year, Camus remarried, this time to Francine Faure, a mathematician and pianist who would later contribute to the Manhattan Project. In 1945 she bore him twins, Catherine and Jean.

17. Though he remained married, Camus would have several affairs throughout his life, the most high profile of them with renowned actress Maria Casares. “I don’t seduce,” he claimed in his journal, “I succumb.”

18. In 1941, after the Nazi invasion of France, Camus joined the Resistance and wrote for the underground newspaper Combat.

20. Albert Camus preferred to write while standing (as did Ernest Hemingway, Vladimir Nabokov, and Virginia Woolf).

21. “Mother died today. Or maybe it was yesterday, I don’t know.” So begins Camus’ The Stranger, the book for which he remains best known. 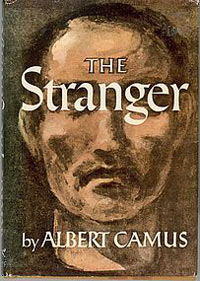 22. The Stranger is the story of an ordinary man named Mersault (readers never learn his first name) who gets drawn into a senseless murder. The second part of the book deals with his trial and his refusal to renounce his actions even as the guillotine awaits him.

23. The Stranger was published in France in 1942 and first translated into English in 1943. It was not published in the United States until after the war, in 1946.

26. The best-known musical tribute to The Stranger is The Cure’s 1978 recording “Killing An Arab.” Tired of the song being misinterpreted as racist, the band now often alters the lyrics to “kissing an Arab” when performing live.

27. The Stranger has twice been adapted into film, once by Italian director Luchino Visconti and again by Turkish director Zeki Demirkubuz.

30. President George W. Bush reportedly read The Stranger while on vacation in 2006.

31. 1942 also saw the publication of Camus’ best-known work of non-fiction, an extended essay titled The Myth of Sisyphus.

32. An examination of Camus’ philosophy of the absurd, the book deals chiefly with the question of suicide and compares the human condition to that of the Greek mythological figure of Sisyphus, who is forced for all eternity to push a large rock up a hill, only to have it roll back down again each time he nears the summit.

33. Camus was often called an ‘existentialist,’ and his philosophical antecedents include Friedrich Nietzsche, Søren Kierkegaard and Fyodor Dostoyesky.

34. Camus disliked being labelled an existentialist. He also later disliked being associated with Absurdism, and at one point began refraining from saying “that’s absurd” in everyday conversations because people mistakenly thought he was making philosophical pronouncements.

35. In 1943, Albert Camus first met fellow writer Jean-Paul Sartre at the opening of Sartre’s play “The Flies” in Paris.

36. Sartre offered Albert Camus the lead in his as yet unproduced play “No Exit.” Camus was game for it, but the financial backers withdrew before the project was realized.

37. The two would remain friends for many years, but would be bitterly split after a Sartre protégé published a negative review of Camus’ The Rebel.

38. Their split was further exacerbated by Camus’ growing anti-Communist stance and his reservations about the use of violence to secure Algerian independence. Theirs became one of the most famous intellectual feuds of the 20th century.

39. Albert Camus visited the United States in 1946. While staying in New York, he visited the Central Park Zoo 20 times.

40. Camus’ second novel, The Plague, was published in 1947. Though set in the 1940s, the story of the city of Oran suffering a plague epidemic is thought to be based on a cholera outbreak that occurred there in 1849.

41. The book has a large cast of characters, and is often interpreted as an allegory about the WWII Nazi occupation of France.

42. Both this novel and his subsequent The Fall, published in 1956, were written with a much subtler and more nuanced prose style than that of The Stranger. Though regarded as masterpieces of world literature, neither is as widely read today as his first novel.

43. Albert Camus won the Nobel Prize for Literature in 1957. The prize was awarded largely for his extended essay “Reflections on the Guillotine”, which argued against capital punishment.

44. He was the first African-born writer to receive the award.

45. He was also the second youngest recipient of the prize and considered not accepting it. He worried that, among other things, it would negatively impact his writing.

46. Camus was a lifelong smoker and its difficult to find a photograph in which he is not holding a cigarette. He even had a cat named Cigarette.

47. On January 4, 1960, Camus was killed in a single car accident in the small town of Villeblevin while travelling to Paris. His publisher and friend Michel Gallimard also died in the accident. 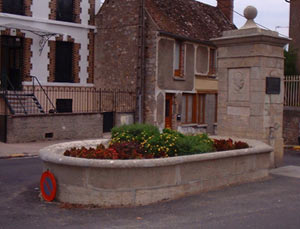 48. In Camus’ pocket was an unused train ticket.

49. Also reportedly found in the car was a manuscript for the first part of a proposed epic autobiographical novel. The manuscript was later edited and published in 1995 by Camus’ daughter as The First Man.

50. His once bitter rival Jean-Paul Sartre published a warm eulogy upon Camus’ death.

51. In late 2009, French President Nicolas Sarkozy proposed moving Camus’ remains to the Pantheon in Paris, where heroes of the Republic are memorialized. The left has accused the politician of trying to exploit Camus’ popularity for his own gain. Camus’ daughter Catherine was in favor of the idea; his son Jean was opposed.