Jayne Mansfield was one of the great blond bombshells of the 1950s, an icon of the decade who was sometimes called the Working Man’s Marilyn Monroe. Her notable movies include “The Girl Can’t Help It” and “Will Success Spoil Rock Hunter?” Her appearances in Playboy became legendary. Boasting a high IQ and fluency in several languages, Mansfield was disappointed that the public saw her as a “dumb blonde” and rarely recognized her intelligence and talent. Her legacy includes daughter Mariska Hargitay, an actress famous for her role on “Law & Order: Special Victims Unit.” We remember Mansfield’s life today as well as the lives of other notable people who were born this day in history.

Click to discover notable people who died this day in history including the Band’s drummer, Levon Helm.

1940: Bobby Russell, U.S. singer-songwriter who wrote “The Night the Lights Went Out in Georgia,” performed by his then-wife Vicki Lawrence, is born in Nashville, Tennessee.

1936: Jack Pardee, U.S. football player and coach who was a head coach for the Houston Oilers and other teams, is born in Exira, Iowa.

Pardee played three seasons at Texas A&M and was the 14th overall pick in the 1957 NFL draft by Los Angeles. He played for the Rams from 1957-64, sat out a year to deal with melanoma, and played seven more seasons. He finished his playing career with the Washington Redskins in 1973 and coached the team from 1978-80. Read more

1935: Dudley Moore, English actor whose notable films include “10” and “Arthur,” is born in London, England. 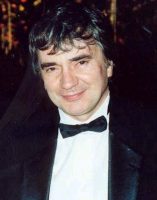 “Doctor Who” garnered enough interest from Dudley Moore that in 1987, he entered into talks with director Richard Lester and agreed to play the time-traveling doctor in a sci-fi fan’s fondest dream, “Doctor Who: The Movie.” It would have been a win-win: more “Doctor Who” content for fans both in Moore’s native England and across the pond in America, and more exposure for Moore, whose career was beginning to wane. But like so many dream projects floated in the movie world (a good percentage of which are “Doctor Who” films), it never materialized. Read more

1933: Jayne Mansfield, U.S. actress who was very popular in the 1950s, with roles in movies including “Will Success Spoil Rock Hunter?”, is born in Bryn Mawr, Pennsylvania.

1930: Dick Sargent, U.S. actor who was the second to play Darrin Stephens on the hit sitcom “Bewitched,” is born in Carmel-by-the-Sea, California.

1903: Eliot Ness, U.S. lawman who headed the Untouchables, an iconic team of Prohibition enforcement agents, is born in Chicago, Illinois.

Click to discover notable people who died this day in history including the Band’s drummer, Levon Helm.