We remember Rick James and other notable people born this day in history.

Rick James mixed R&B and funk music with the new sounds he was hearing – new wave and punk – to create what he called “punk funk.” The combo proved a hit, yielding memorable songs like “Super Freak” and “Give It to Me Baby.” James also wrote songs and produced records for other acts, including Teena Marie and Smokey Robinson, and he mentored the 1980s girl group Mary Jane Girls. We remember James’ life today as well as the lives of other notable people who were born this day in history.

Click to discover notable people who died this day in history including silent-movie comedian Buster Keaton.

On the TNT series “Rizzoli & Isles,” Young played Barry Frost, a computer savvy — but squeamish — police detective. Shortly before his death, TNT had just announced it was renewing the series that stars Angie Harmon and Sasha Alexander, according to Young’s obituary by The Associated Press. Read more

1970: Malik Sealy, U.S. basketball player with the Minnesota Timberwolves and other NBA teams, is born in the Bronx, New York.

1969: Andrew Breitbart, U.S. Web commentator and pundit who was editor for “The Drudge Report” and helped launch “The Huffington Post,” is born in Los Angeles, California.

Breitbart was an outspoken critic of the mainstream media but was lionized by his fans for his efforts at exposing government corruption and media bias, according to his obituary by The Associated Press. Breitbart was at the center of two video controversies in recent years – one that led to the firing of an Agriculture Department employee over an edited video of what appeared to be a racist remark, and another that embarrassed the community group Association of Community Organizations for Reform Now when workers were shown counseling actors posing as a prostitute and pimp. Read more

1965: Brandon Lee, U.S. actor known best for his starring role in “The Crow,” and the son of actor Bruce Lee, is born in Oakland, California.

1964: Jani Lane, U.S. singer and guitarist who was the frontman for the glam metal band Warrant, is born in Akron, Ohio.

With his long blond hair and tight leather outfits, Lane embodied the excess of 1980s “hair metal” rock bands, according to his obituary by The Associated Press. He joined Warrant in 1984 and wrote such hits as “Heaven,” “Down Boys,” and “Cherry Pie.” He had an on-and-off relationship with the band, leaving it in 1992 before returning and quitting again several times. Read more

1948: Rick James, U.S. singer known for hit singles including “Give It to Me Baby” and “Super Freak,” is born in Buffalo, New York.

James said he wrote “Super Freak” quickly, just looking to assemble “a silly song that had a bit of new wave texture to it.” As he explained to Musician magazine in 1983: “So I just came up with this silly little lick and expounded on it. I came up with the bass part first. Then I put a guitar on it and keyboards, doing the ‘ehh ehh,’ silly keyboard part. Then I found a tuning on my Oberheim OB-Xa that I’d been wanting to use for a long time – it sounds like ghosts. And I put a very operatic vocal structure on it ’cause I’m really into opera and classical music.” Read more

1947: Jessica Savitch, U.S. broadcast journalist who hosted “Frontline” for the Public Broadcasting Service and was the New York weekend anchor of “NBC Nightly News,” is born in Kennett Square, Pennsylvania.

Sladen joined the production in 1973 as Doctor Who’s assistant Sarah Jane Smith, opposite Jon Pertwee and Tom Baker, according to her obituary by The Associated Press. Sladen went on to star in spinoff “The Sarah Jane Adventures,” four series of which were carried on the BBC’s children’s channel, CBBC. Read more

In 17 seasons in the majors, he hit .250 with 134 home runs, 620 RBIs, and 171 stolen bases, according to his obituary by The Associated Press. Blair appeared in six World Series, two All-Star games, and won Gold Gloves in 1967 and 1969-75. In the 1966 World Series, Blair homered for the only run in Baltimore’s Game 3 victory over Los Angeles. The Orioles swept the Dodgers for their first championship. Blair led the Orioles in the 1970 World Series with a .474 average in Baltimore’s five-game victory over Cincinnati. That season, he hit three home runs and had six RBIs in a game against the Chicago White Sox. Read more

1938: Sherman Hemsley, U.S. actor known best for playing George Jefferson on The Jeffersons as well as All in the Family, is born in Philadelphia, Pennsylvania.

For 13 television seasons, Hemsley played George Jefferson, first as an occasional visitor on “All in the Family,” and later as the patriarch and star of “The Jeffersons.” Hemsley was initially reluctant to take the part, as he was enjoying a successful career on Broadway, starring in “Purlie,” a musical based on an Ossie Davis play. But producer Norman Lear said he was willing to wait, and Hemsley agreed to join the cast when “Purlie’s” run ended. Read more

1931: Boris Yeltsin, Russian politician who served as the first president of the Russian Federation from 1991 to 1999, is born in Butka, Soviet Union.

Yeltsin rocketed to popularity in the Communist era on pledges to fight corruption, but he proved unable or unwilling to prevent the looting of state industry as it moved into private hands during his nine years in power, according to his obituary by The Associated Press. Yeltsin steadfastly defended freedom of the press but was a master at manipulating the media. His hand-picked successor, Vladimir Putin, has proved far more popular even as he has tightened Kremlin control. Read more

1928: Tom Lantos, Hungarian-American politician who was a member of the U.S. House of Representatives from California, and the only Holocaust survivor to have served in the U.S. Congress, is born in Budapest, Hungary.

Lantos, who referred to himself as “an American by choice,” was born to Jewish parents in Budapest, Hungary, and was 16 when Adolf Hitler occupied Hungary in 1944, according to his obituary by The Associated Press. He survived by escaping twice from a forced labor camp and coming under the protection of Raoul Wallenberg, the Swedish diplomat who used his official status and visa-issuing powers to save thousands of Hungarian Jews. Lantos’ mother and much of his family perished in the Holocaust. Read more 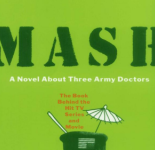 Each version of “M*A*S*H” followed the hilarious and heartbreaking exploits of Captain Benjamin Franklin Pierce, better known as “Hawkeye,” throughout the Korean War. Hooker, whose real surname was Hornberger, based the character on himself and built the novel around his real-life experiences as a field surgeon. Hornberger was described as a very good surgeon with a tremendous sense of humor, as was Hawkeye. The author also was known for his quick wit and dry sense of humor, terms that also described the fictional Hawkeye. Read more

1921: Peter Sallis, British television actor who provided the voice of the cheese-obsessed Wallace in the Oscar-winning “Wallace and Gromit” clay animation comedy films, is born in Twickenham, England.

1915: Alicia Rhett, U.S. actress known best for her role as India Wilkes in Gone With the Wind, is born in Savannah, Georgia.

Shea’s rendition of “How Great Thou Art” came to define the faith of a Protestant generation that Graham helped bring to Jesus Christ, according to Shea’s obituary by The Associated Press. He performed live before an estimated 200 million people at crusades over the years – taking him from North Dakota to North Korea and beyond. He joined Graham’s crusade team in 1947 and stayed until Graham’s declining health ended most of the evangelist’s public appearances nearly 60 years later. Read more

1902: Langston Hughes, U.S. poet and novelist who was a major figure of the Harlem Renaissance, is born in Joplin, Missouri.

One of Hughes’s best-known poems, “The Negro Speaks of Rivers,” was published when Hughes was still in his teens. Its famous line, “My soul has grown deep like the rivers,” was used as his epitaph. Read more

1901: Clark Gable, U.S. actor known as the King of Hollywood, whose greatest films include “Gone With the Wind,” “Mutiny on the Bounty,” and “It Happened One Night,” is born in Cadiz, Ohio.

Gable was nominated three times for the Academy Award for best leading actor. He won the Oscar in 1934 for his performance in “It Happened One Night.” His Oscar statue later sold at auction for more than $600,000 and the winning bidder, Steven Spielberg, donated it to the Academy of Motion Picture Arts and Sciences. Gable starred in three films that won the Academy Award for best picture – “It Happened One Night” (1934), “Mutiny on the Bounty” (1935), and “Gone With the Wind” (1939). Read more

1901: Frank Buckles, U.S. soldier who was the last surviving U.S. veteran of World War I, is born in Bethany, Missouri.

Buckles enlisted in World War I at 16 after lying about his age, according to his obituary by The Associated Press. He had devoted the last years of his life to campaigning for greater recognition for his former comrades, prodding politicians to support a national memorial in Washington and working with friend and family spokesman David DeJonge on a biography. “We were always asking ourselves: How can we represent this story to the world?” DeJonge said Monday. “How can we make sure World War I isn’t forgotten.” Read more

1894: John Ford, U.S. film director who won four Academy awards for best director for films including “How Green Was My Valley,” is born in Cape Elizabeth, Maine.

Click to discover notable people who died this day in history including silent-movie comedian Buster Keaton.