Comedian Chris Farley knew how to make people laugh. He wasn’t afraid to make a fool of himself on “Saturday Night Live” or in movies such as “Tommy Boy” and “Black Sheep.” We remember Farley’s life today as well as the lives of other notable people who were born this day in history.

Comedian Chris Farley knew how to make people laugh. He wasn’t afraid to make a fool of himself on Saturday Night Live or in movies such as Tommy Boy and Black Sheep. His friends described Farley as a sensitive soul who just wanted to be liked. Farley died of a drug overdose at 33. We remember Farley’s life today as well as the lives of other notable people who were born this day in history.

Click to discover notable people who died this day in history including crooner Nat King Cole.

1964: Chris Farley, U.S. comedian and actor who was a popular Saturday Night Live cast member and starred in movies including Tommy Boy and Black Sheep, is born in Madison, Wisconsin.

Farley chose comedy as a career after watching his father “roar with laughter while watching John Belushi in Animal House,” according to People. He followed in Belushi’s comic footsteps, starting out with Chicago’s Second City troupe. And, like Belushi, he found fame on Saturday Night Live, joining the cast in 1990. (He would find success later on the big screen with movies such as Tommy Boy, Black Sheep and Beverly Hills Ninja.) Read more

Fletch, published in 1974, was the first in a series of books about an investigative reporter named Irwin M. Fletcher. Actor Chevy Chase portrayed the lead character in the 1985 movie Fletch and the 1989 sequel Fletch Lives. Mcdonald twice won the Edgar Allen Poe Award by the Mystery Writers of America and published 26 books, including Running Scared, Flynn and The Brave. He also was a journalist with the Boston Globe. Read more

At 6-foot-3, 248 pounds, Hickerson was small by today’s gargantuan NFL standards. A sixth-round draft pick from Mississippi, he used his superior speed and quickness to beat defensive linemen off the ball, according to his obituary by The Associated Press. Hickerson was voted to six straight Pro Bowls and was chosen for the league’s All-Decade team of the 1960s. The Browns never had a losing record during his 15 years with them. Read more

Edwards hosted The New Treasure Hunt, a revival of a 1950s quiz show, from 1973 to 1977 and hosted Treasure Hunt in 1981-82. He also emceed the 1980s game show Jackpot! and appeared on other shows including Starcade. Edwards’ agent, Fred Westbrook, said his longtime client made a splash on TV by shedding the conservative look worn by his peers, according to his obituary by The Associated Press. His hair was longer, he never wore a tie, and he favored jeans over suits, Westbrook said. “He was part of the new breed.” Read more

The onetime University of Virginia economics professor built an impressive national-security resume as defense secretary for Republican presidents Richard Nixon and Gerald Ford and was the nation’s first energy secretary under Democratic President Jimmy Carter. Earlier he was a top White House budget official, chairman of the Atomic Energy Commission and director of the Central Intelligence Agency — all under Nixon. Read more

Starting in 1963 with Clifford, the Big Red Dog, Bridwell wrote and illustrated more than 40 Clifford books, from Clifford and the Grouchy Neighbors to Clifford Goes to Hollywood. More than 120 million copies have sold worldwide, along with cartoons, a feature film, a musical, stuffed animals, key chains, posters and stickers. Images of Clifford have appeared everywhere from museums to the White House, according to his obituary by The Associated Press. Read more

1927: Harvey Korman, U.S. actor known best for roles on The Carol Burnett Show and in Blazing Saddles, is born in Chicago, Illinois.

Korman was known for his great comedic acting. But that wasn’t the No. 1 reason fans of The Carol Burnett Show loved him. What really set him apart was his tendency to break character and laugh in the middle of a scene. Co-star Tim Conway was especially good at getting Korman to crack. Despite Korman’s inability to choke back laughter while acting – or maybe because of it, as it’s awfully endearing to see a star unable to control his laughter when we’re laughing, too – his work on the show was much celebrated. He won four Emmy awards and a Golden Globe while with The Carol Burnett Show. Read more

Arbus didn’t begin acting until his 40s. He was a television regular who appeared on several series but was best known as Dr. Sidney Freedman, who counseled shell-shocked Army surgeons on a dozen episodes of M*A*S*H between 1973 and 1983. Before turning to Hollywood, Arbus had a successful career as a fashion photographer. Read more

1916: Mary Jane Croft, U.S. actress with roles in I Love Lucy and The Adventures of Ozzie and Harriet, is born in Muncie, Indiana.

1914: Kevin McCarthy, U.S. actor who starred in Invasion of the Body Snatchers, is born in Seattle, Washington.

While he would consistently win praise for his acting during a long and busy career, his most lasting fame would come for Invasion of the Body Snatchers. In the 1956 film, he vainly tried to warn residents in his small town of the evil pod people from outer space who were quietly taking over the personalities of everyone on Earth. His frantic shouting of “You’re next!” to those in approaching cars became so well-known among science-fiction fans that he was often asked to spoof the role. He more or less did that in the opening minutes of the 1978 remake, which starred Donald Sutherland as the hero menaced by the pod people, according to his obituary by The Associated Press. Read more

1914: Hale Boggs, U.S. politician who represented Louisiana in the U.S. House of Representatives from 1947 until his disappearance in 1972, is born in Long Beach, Mississippi.

1909: Miep Gies, Austrian-Dutch secretary who helped hide Anne Frank and her family from the Nazis, is born in Vienna, Austria.

Beyond bringing food and other necessities, Gies was a key source of moral support for Anne Frank and the others. She brought Anne her first pair of high-heeled shoes, baked a holiday cake, gave birthday gifts to everyone, and provided books and news of the world. Feeding and buoying the spirits of eight refugees was no easy feat. Gies had to turn to the underground resistance for extra food ration cards, and she avoided raising suspicion by cycling all over the city to visit different grocers, never purchasing too much from any one store. All the while, she had to maintain daily operations at Opekta, and to make matters more dangerous, she and her husband, Jan, were hiding an anti-Nazi university student in their own apartment. Read more

1907: Cesar Romero, U.S. actor who played the Joker in the Batman TV series, is born in New York, New York.

Thanks in part to Romero’s portrayal, the Joker has become one of the world’s most recognizable characters, almost as important in our pop culture as Batman himself. Each actor who plays the Joker gives us his own interpretation, and Romero’s was no less iconic than Heath Ledger‘s. His shocking pink tailcoat gave the Joker just the right air of weird formality to accompany his proper speech … and the actor’s refusal to shave his trademark mustache, simply allowing the makeup artists to smear white greasepaint over it, made his Joker all his own. So memorable was Romero’s take on the Joker that TV Guide honored him as one of “The 60 Nastiest Villains of All Time.” Read more

1899: Gale Sondergaard, U.S. actress who was the first to receive an Academy Award for best supporting actress, for her role in 1936’s Anthony Adverse, is born in Litchfield, Minnesota.

1874: Ernest Shackleton, Irish explorer who led three expeditions to the Antarctic, is born in Kilkea, Ireland.

1820: Susan B. Anthony, U.S. activist who was a major force in the women’s suffrage movement, is born in Adams, Massachusetts. 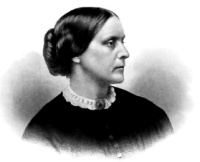 oung teacher in her 20s, Anthony began to show an interest in social reform. Having tried – and failed – to secure equal wages for female teachers at her school, she turned to temperance. She joined the Daughters of Temperance, who focused not on outlawing alcohol but on strengthening liquor laws and drawing attention to the ill effects of heavy drinking and drunkenness. In fact, Anthony’s first public speech was at a Daughters of Temperance meeting – it was in 1848, the same year as the famous Seneca Falls Convention for women’s rights, but that was a movement Anthony wasn’t yet involved with. Read more

1564: Galileo Galilei, Italian physicist and astronomer who made many discoveries and controversially insisted that the earth revolved around the sun, is born in Pisa, Italy.

Click to discover notable people who died this day in history including crooner Nat King Cole.