We remember Luke Perry and other notable people born on this day.

Luke Perry charmed us in his role as Dylan McKay in “Beverly Hills, 90210” and recently starred on “Riverdale.” We remember his life today as well as the lives of other notable people who were born this day in history.

Click to discover notable people who died this day in history including actor and comedian Redd Foxx.

1947: George McCorkle, U.S. guitarist who was a founding member of the Marshall Tucker Band, is born in Chester, South Carolina.

McCorkle’s percussive and textural rhythm guitar was a fundamental component of the band’s sound, lending elements of blues, R&B, and funk to a signature rhythmic pulse and distinctive Southern rock sound. Original Marshall Tucker Band drummer Paul Riddle, in a phone interview from his Spartanburg, South Carolina, home, said he could not say enough about McCorkle’s contributions to the group. “They were huge,” he said. “It was such an integral part of our overall sound, without question.” Read more

1932: Dottie West, U.S. country music singer known for the song “Here Comes My Baby Back Again,” as well as a string of hits with Kenny Rogers, is born in McMinnville, Tennessee.

1925: Elmore Leonard, U.S. author and screenwriter who had many books adapted for film, including “Get Shorty,” “Rum Punch” (adapted for the film “Jackie Brown”), and “Out of Sight,” is born in New Orleans, Louisiana. 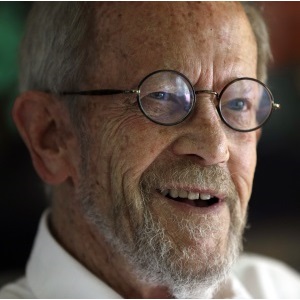 His distinct writing style – somewhat staccato and sparse – prompted some critics to compare his novels to poetry. The dialogue-driven tales could be alternately funny or frightening, featuring over-the-top characters who lived on either side of the law or, in some cases, both sides. In 1999, fellow writer Martin Amis said during an online interview that Leonard was “incapable of writing an uninteresting sentence.” Read more

The first service member to win a gold medal while on active duty, Whitfield also helped the U.S. win the 1,600 relay title in London. The former Ohio State star successfully defended his 800 title in 1952 in Helsinki. As a sports ambassador, Whitfield traveled to countries throughout Europe, the Middle East, and Africa, his daughter said. Read more

1919: Jean Vander Pyl, U.S. actress best known for providing the voice of Wilma on “The Flintstones,” is born in Philadelphia, Pennsylvania.

1919: Art Blakey, U.S. jazz drummer who co-founded the Jazz Messengers and led the band for more than 30 years, is born in Philadelphia, Pennsylvania.

1918: Jerome Robbins, U.S. theater producer, director, and choreographer who worked on many top Broadway plays, including “West Side Story” and “Fiddler on the Roof,” is born in New York, New York.

For Timely (the forerunner of today’s Marvel Comics), the duo created Captain America, debuting on the cover of “Captain America Comics No. 1” with the champion of liberty throwing a solid right hook at Adolf Hitler in December 1940, a year before the United States entered World War II.

“Jack and I read the newspapers and knew what was going on over in Europe. And there he was – Adolf Hitler, with his ridiculous moustache, high-pitched ranting, and goose-stepping followers. He was the perfect bad guy, much better than anything we could have made up, so what we needed was to create his ultimate counterpart,” Simon once told The Associated Press. Read more 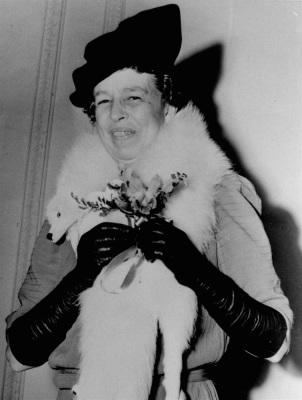 “No one can make you feel inferior without your consent.”

It’s just one example of a perfect aphorism from a remarkable woman – one who used her enormous influence to help form the United Nations, advance human rights, launch second-wave feminism, and much more. Roosevelt was deeply respected during her life, and her stature hasn’t diminished since her death – a Gallup poll placed her at No. 9 among the most respected people of the 20th century. Read more

1872: Harlan Stone, U.S. lawyer who became the 12th chief justice of the United States, is born in Chesterfield, New Hampshire.

Click to discover notable people who died this day in history including actor and comedian Redd Foxx.