Tom Petty’s music is timeless. We remember his life today as well as the lives of other notable people who were born this day in history.

Tom Petty (October 20, 1950 – October 2, 2017)  had finished the Tom Petty and the Heartbreakers 40th anniversary tour when he passed away a week later from a cardiac arrest. He left fans who attended one of the concerts on that tour a true goodbye gift, the Heartbreakers live show was special. Petty wrote about life experiences most fans could relate to – “she was an American girl, raised on promises…” And he skillfully blended the styles of his biggest rock ‘n’ roll idols – Elvis Presley, the Beatles, the Byrds, and the Rolling Stones – to create his own brand of timeless American rock. We remember his amazing life today as well as the lives of other notable people who were born this day in history.

Click to discover notable people who died this day in history including actor Burt Lancaster.

1946: Lewis Grizzard, U.S. writer known for his humorous newspaper columns in the Atlanta Journal-Constitution, is born in Fort Benning, Georgia.

1935: Jerry Orbach, U.S. actor who played Detective Lennie Briscoe on “Law and Order,” is born in the Bronx, New York. 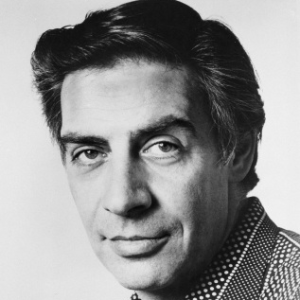 For 12 seasons, Orbach played one of the greatest TV detectives of all time. “Law and Order” Detective Lennie Briscoe was smart, tough, jaded, sarcastic … and awesome. We loved watching Orbach get the bad guy, and we would have continued watching for many more seasons, if he hadn’t died just as he was beginning a run on the spinoff “Law and Order: Trial by Jury.” Read more

1927: Joyce Brothers, U.S. psychologist and television personality who wrote a daily advice column in newspapers for 53 years and hosted a popular TV show, is born in Brooklyn, New York. 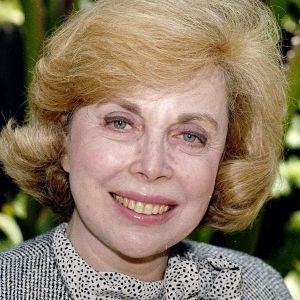 Unlike some pop psychologists, Brothers was fully licensed with a doctorate in psychology from Columbia University. She combined the expertise of a trained professional with a gentle, appealing delivery and the knowledge of how to use her medium to its fullest effect. Brothers frequently appeared on late-night talk shows and in guest roles on television programs and films. She worked to make psychology available and helpful to more Americans, and to empower her audiences. Read more

1925: Art Buchwald, U.S. humorist known for his column in The Washington Post, is born in New York, New York.

Buchwald was often called the Wit of Washington during his years there. Buchwald’s name became synonymous with political satire, according to his obituary by The Associated Press. He was well-known, too, for his wide smile and affinity for cigars. Among his more famous witticisms: “If you attack the establishment long enough and hard enough, they will make you a member of it.” Read more

1922: John Anderson, U.S. actor known for his roles on television Westerns, including 12 appearances on “Gunsmoke” and 11 appearances on “The Rifleman,” is born in Clayton, Illinois.

1914: Fayard Nicholas, U.S. tap dancer who formed the dance duo the Nicholas Brothers with his brother, Harold, is born in Mobile, Alabama.

Their trademark no-hands splits – in which they not only went down but sprang back up again without using their hands for balance – left film audiences wide-eyed, according to Nicholas’ 2006 obituary by The Associated Press. The legendary choreographer George Balanchine called it ballet, despite their lack of formal training. “My brother and I used our whole bodies, our hands, our personalities and everything,” Fayard Nicholas said in an interview in 2005. “We tried to make it classic. We called our type of dancing classical tap and we just hoped the audience liked it.” Read more

1913: Grandpa Jones, U.S. country music singer and banjo player who was a regular on “Hee Haw,” is born in Niagara, Kentucky.

1907: Arlene Francis, U.S. actress who was a regular panelist on the game show “What’s My Line?,” is born in Boston, Massachusetts.

1904: Anna Neagle, English actress who was featured in the American movies “Irene” and “No, No, Nanette,” is born in London, England.

1901: Adelaide Hall, U.S. jazz singer and entertainer who was a major figure in the Harlem Renaissance, is born in Brooklyn, New York.

1895: Rex Ingram, U.S. actor who appeared in “The Adventures of Huckleberry Finn” and “The Thief of Bagdad,” is born in Cairo, Illinois.

1894: Olive Thomas, U.S. film star during the silent period who starred in the popular movie “The Flapper,” is born in Charleroi, Pennsylvania.

1893: Charley Chase, U.S. actor and director known for his work with Hal Roach Studios, acting in his own successful short comedy films and directing others including “The Little Rascals,” is born in Baltimore, Maryland.

1890: Jelly Roll Morton, U.S. bandleader and pianist who was a pivotal figure in early jazz and wrote the first published jazz composition in 1915, is born in New Orleans, Louisiana.

1882: Bela Lugosi, Hungarian-born U.S. actor who starred as Dracula in the classic 1931 movie version and starred in “The Raven” and other horror movies, is born in Lugos, Hungary.

Lugosi was the original Dracula, profoundly shaping our vision of what the prototypical vampire looked and sounded like. He moved to the role from a stage production of the play on which it was based, and he wasn’t actually the producer’s top choice for the role – in fact, he wasn’t anywhere near the top. But Lugosi loved the role, and he lobbied hard for it. Ultimately, it may have been his willingness to accept a low salary that won him the part, but can we imagine the first Dracula starring anyone else?

1882: Margaret Dumont, U.S. actress who was in many Marx Brothers movies including “Animal Crackers” and “Duck Soup,” is born in Brooklyn, New York.

Click to discover notable people who died this day in history including actor Burt Lancaster.