Nell Carter may be known best for starring as a sassy housekeeper on TV’s “Gimme a Break!”, a six-season gig that allowed her to showcase her powerful singing voice as well as her acting skills. We remember Carter’s life today as well as the lives of other notable people who were born this day in history.

Nell Carter may be known best for starring as a sassy housekeeper on TV’s “Gimme a Break!”, a six-season gig that allowed her to showcase her powerful singing voice as well as her acting skills. But it was far from the first time Carter got to sing and act – she made her mark on Broadway in “Ain’t Misbehaving,” for which she won a Tony Award, and she sang “Ain’t Got No” and “White Boys” in the movie adaptation of “Hair.” Other notable projects for Carter included TV’s “Hangin’ With Mr. Cooper” and “Ryan’s Hope” as well as the movie “The Grass Harp.” We remember Carter’s life today as well as the lives of other notable people who were born this day in history.

Click to discover notable people who died this day in history including rap legend Tupac Shakur.

1956: Joni Sledge, singer who founded the popular R & B/Disco band Sister Sledge with her sisters, is born in Phoenix, Arizona.

1948: Nell Carter, U.S. actress and singer known best for starring on “TV’s Gimme a Break!”, is born in Birmingham, Alabama. 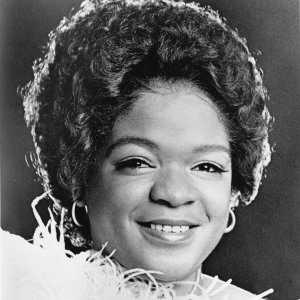 For six years, Carter played Nell Harper, housekeeper to a widowed police chief and his three teen daughters. As a confidante and mother figure to the girls, Carter got to showcase the many facets of her talent – she was warm and loving, sassy and funny; she could do physical comedy; she could handle storylines featuring social issues like racism and mental illness. And, of course, she could sing. In addition to recording the show’s theme song, Carter occasionally got a chance to sing within an episode. Read more

1939: Richard Kiel, U.S. actor who played the villain Jaws in two James Bond movies, “The Spy Who Loved Me” and “Moonraker,” is born in Detroit, Michigan.

Easily recognizable, thanks to his 7-foot-2 frame, Kiel enjoyed a long and fruitful career in Hollywood, appearing in dozens of films and television shows in his 49 years as an actor. He made appearances in many classics, such as “The Longest Yard,” “Pale Rider,” and “The Twilight Zone,” but Kiel is known best today for his work as the villainous henchman Jaws, who battled James Bond in “The Spy Who Loved Me” and “Moonraker.” Read more

1933: Lewie Steinberg, U.S. musician who was the original bassist in the soul music group Booker T. & the M.G.’s, is born Memphis, Tennessee.

1925: Mel Tormé, U.S. singer and actor known as the Velvet Fog, who co-wrote “The Christmas Song,” is born in Chicago, Illinois.

Tormé liked to say that he never had a career, only a series of odd jobs, and he was only half-joking. Born Sept. 13, 1925, in Chicago, the son of Russian Jewish immigrants, he began performing at the ripe old age of 4 on national radio when he did a solo singing turn with the Coon-Sanders Orchestra on “You’re Driving Me Crazy.” He would later have a hit with the same tune in 1947. As a child actor, he became by his own estimation one of the busiest in the business, appearing hundreds or even thousands of times from 1933 to 1941 in popular broadcasts like “Little Orphan Annie” and “Jack Armstrong, the All-American Boy.” Read more

He played the owner of Lou’s Diner in “Back to the Future” and Cameraman Bill in Tim Burton’s “Ed Wood”; did the voice of Aquaman (among others) in “Super Friends” and “The All-New Super Friends Hour”; and played Lou the Mechanic in a series of AC Delco commercials. Not to mention scores of sheriffs, outlaws, cabbies, cops, and crooks in a credit roll that includes projects as diverse as the original “Dallas” and “Love, American Style,” as well as appearances in seemingly every cop show of the late ’60s and ’70s. Read more

1922: Yma Sumac, Peruvian-American singer known for her unusual voice, which spanned more than five octaves, and for her ability to sing in a “double voice,” is born in Callao, Peru.

1916: Roald Dahl, Welsh author known best for children’s books including “James and the Giant Peach” and “Charlie and the Chocolate Factory,” is born in Cardiff, Wales.

He began writing children’s fiction at around this same time. His first children’s book, “The Gremlins” (1943), was based on his wartime experience – whenever inexplicable mechanical problems occurred on the fighter planes, pilots would blame “the gremlins.” Walt Disney developed the project for a feature film with Dahl scripting, but the project never made it to the screen. The book sold a respectable 30,000 copies but saw no second print run until 1950 because of the wartime shortage of paper. Read more

1912: Reta Shaw, U.S. actress who played the housekeeper on TV’s “The Ghost and Mrs. Muir,” is born in South Paris, Maine.

1911: Bill Monroe, U.S. singer-songwriter and mandolinist who was a pioneer of bluegrass music, is born in Rosine, Kentucky.

The Blue Grass Boys became a fixture on the Grand Ole Opry and their songs raced up the singles charts, becoming instant classics. Their sound practically defined country music in the 1940s and ’50s. As tastes changed and the Nashville sound took over in the late ’50s, Monroe was no longer at the forefront of the genre, but his band never stopped playing and were poised for new success in the folk revival of the 1960s. They gained a new audience of younger fans, who were devoted enough to keep Monroe in their hearts and on their playlists even as pop culture moved on to psychedelia. Read more

1908: Mae Questel, U.S. actress who provided the voices for the characters Betty Boop and Olive Oyl, is born in the Bronx, New York.

1903: Claudette Colbert, French-American actress who won an Academy Award for her starring role in “It Happened One Night,” is born in Saint-Mande, France.

1860: John Pershing, U.S. Army general who led U.S. forces to victory in World War I, is born in Laclede, Missouri.

Click to discover notable people who died this day in history including rap legend Tupac Shakur.