Coco Chanel died 42 years ago today, but we still look to her as a style icon. And we still love those classic handbags.

{{embed:node:api/v1.0/url/quote/coco-chanel/fashion-vs-style}}As a designer, Coco Chanel gave us fashion, beautiful bits of ephemera that were the rage for a season or two before we moved on to her next creations. Beyond fleeting fashions, the iconic Chanel gave us style, the timeless silhouettes and materials that have outlasted the vagaries of fashion. Fashion gave Chanel her start, but style has made the House of Chanel a coveted brand long after its storefront beginnings. 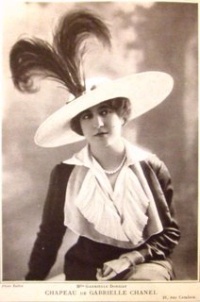 Born Gabrielle Bonheur Chanel in Saumur, France on August 19, 1883, Chanel acquired her nickname as a young woman, when she performed as a cabaret singer. Though many said the name came from one of the songs she sang, Chanel herself said it was a shortened version of coquette, the French word for “kept woman.” It wasn’t the only way Chanel worked to create her own legend. She claimed to have been born in 1893, to have been raised by cold-hearted spinster aunts (instead of by her parents until age 12 and then in an orphanage upon her mother’s death), and to have been born in Auvergne rather than Saumur.

Perhaps she thought the conflicting stories created an alluring sense of mystery, but Chanel didn’t need mystery to build her fame. She had style, and that was more than enough. The House of Chanel was born when she began making hats as a hobby in her twenties. She opened a small boutique, Chanel Modes, in Paris in 1910. Her eye for style soon brought her recognition, as trendsetting actress Gabrielle Dorziat began wearing Chanel hats.

The business blossomed and she was able to expand beyond hats. Chanel’s next project was the creation of a line of luxury casual wear. Although her hats were popular, Chanel wasn’t yet a rich woman, and her unique early clothing design style was a result of thriftiness. Jersey, a stretchy knit fabric, was then most commonly used for men’s underwear. But it had an elegant drape and its comfortable feel was perfect for Chanel’s line of sportswear…as was its low price. 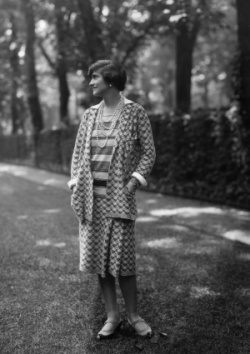 The casual knits in Chanel’s boutiques were new and exciting for a generation of young women raised in corsets but eager to live active lives. Chanel herself was the epitome of what these women strove to be: independent, dynamic, slim and sporty. Her cropped hair and boyish figure became the ideal for many young women, and the straight lines and boxy silhouettes of her designs were tailor-made for that figure. Her own taste in color was also a key element in Chanel’s fashion design: in her home and her dress, Chanel looked toward classic blacks, whites and beiges. Those colors were the cornerstone of the House of Chanel – particularly the “little black dress,” a wardrobe staple made famous by Coco Chanel.

Chanel’s boutiques began to flourish in the 1910s, and by the 1920s she was wildly successful, with clients all over the world and young women everywhere wearing her designs. Even those who couldn’t afford the couture of the House of Chanel embraced the look – clean lines, cropped skirts, few curves. Their mothers may have clung to their corsets, but girls loved Chanel’s comfortable, natural look.

As the House of Chanel reached new heights, it released another iconic product: Chanel No. 5. Debuting in 1921, the perfume has become a symbol of classy sensuality. And around the same time as the perfume came the logo – the interlocked Cs recognizable worldwide.

The House of Chanel maintained its popularity through the 1920s and ’30s. But when World War II descended on Europe, Coco Chanel closed her boutiques. She said that wartime wasn’t a time for fashion, and her connections with the Nazi party (primarily through an affair with a German officer) didn’t win her friends in France. However, she rebounded after the war – her comeback was spurred by her distaste for the new fashions of the late 1940s and early 1950s. 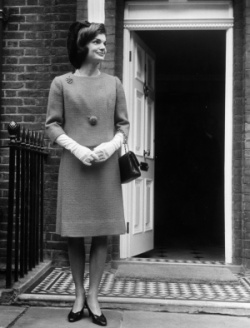 The “New Look” of Christian Dior was all the rage, romantic and ultra-feminine with tiny waists, full skirts, and rounded shoulders. It was quite the opposite of Chanel’s straight and boxy staples. Coco Chanel hated it.

During the war, women had become accustomed to active lifestyles, often doing traditional men’s work. Chanel found the “New Look” unsuitable for modern, post-war women, and she was inspired to reopen her line and recreate women’s fashion.

She succeeded, particularly with her classic suit: slim skirt, boxy jacket. It would be a few years before her look took off again, but it got a big boost in the early 1960s with fashionable Jackie Kennedy often seen sporting Chanel designs.

This era also saw the introduction of the Chanel handbag – quilted leather with a gold chain and the Chanel logo featured prominently. An enduring classic, the handbag’s basic look hasn’t changed substantially over the years, and it’s still a status symbol today. 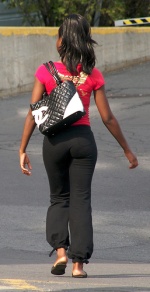 Indeed, even though Coco Chanel died January 10, 1971, the House of Chanel remains vital, popular and classic forty years later. Other designers have succeeded her, with Karl Lagerfeld currently at the helm. Still at the forefront are the features on which Coco Chanel built her style – clean lines, classic colors, casual elegance. And those gorgeous handbags.