On April 20, 1999, two armed teenagers entered Columbine High School in Littleton, Colorado, killing 12 students and a teacher before taking their own lives. The tragedy renewed debate over gun control, and it also focused attention on high school cliques and bullying. We remember their lives today as well as the lives of other notable people who died this day in history.

On April 20, 1999, two armed teenagers entered Columbine High School in Littleton, Colorado, killing 12 students and a teacher before taking their own lives. The tragedy renewed debate over gun control, and it also focused attention on high school cliques and bullying. This resulted in an increased emphasis on school security with zero tolerance policies and a greater awareness of teen depression. We remember their lives today as well as the lives of other notable people who died this day in history.

Click to discover notable people who were born this day in history including R&B singer Luther Vandross.

2017: Cuba Gooding, Sr., the father of the Oscar-winning actor Cuba Gooding Jr. was the lead singer of the 1970s soul group the Main Ingredient , dies at 72.

Laurer starred in the World Wrestling Federation in 1997, taking the ring name Chyna and promoting herself as the Ninth Wonder of the World. Andre Roussimoff, another professional wrestler known as Andre the Giant, had been billed the Eighth Wonder of the World. She performed in WWF – also known as World Wrestling Entertainment, or WWE – until 2001, wrestling sporadically in two other venues. Read more

2014: Rubin “Hurricane” Carter, U.S. boxer who was wrongfully convicted of murder and spent nearly 20 years in prison before being exonerated, dies at 76.

Carter was freed in November 1985 when his convictions were set aside after years of appeals and public advocacy. His ordeal and the alleged racial motivations behind it were publicized in Bob Dylan’s 1975 song “Hurricane,” several books, and a 1999 film starring Denzel Washington, who received an Academy Award nomination for playing the boxer turned prisoner. Carter’s murder convictions abruptly ended the boxing career of a former petty criminal who became an undersized middleweight contender largely on ferocity and punching power. Read more

2012: Bert Weedon, English guitarist and teacher whose popular guitar teaching guide, “Play in a Day,” was used by artists including Paul McCartney, George Harrison, and Eric Clapton, dies at 91.

Smith had described himself as a subway performer in New York when he was recruited for the band, who have been hailed by critics for masterful albums like “Return to Cookie Mountain” and “Dear Science.” Read more

2010: Dorothy Height, U.S. civil rights activist who was an important figure in improving the rights of African-American women, dies at 98.

The late activist C. DeLores Tucker once called Height an icon to all African-American women. “I call Rosa Parks the mother of the civil rights movement,” Tucker said in 1997. “Dorothy Height is the queen.” Read more

2007: Andrew Hill, U.S. jazz pianist who was considered one of the most important innovators in jazz and who performed with greats such as Charlie Parker and Miles Davis, dies at 75.

1999: Señor Wences, Spanish ventriloquist who became very popular from his many appearances on “The Ed Sullivan Show,” dies at 103. 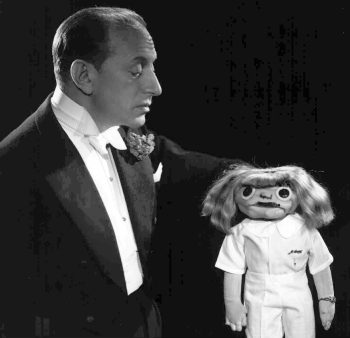 Thanks for your fantastic talent, Señor Wences. You made it look easy … or, as your puppet Johnny would say, “Easy for you, for me ees very deefeecult!” Read more

1999: Rick Rude, U.S. professional wrestler whose ring name was “Ravishing” Rick Rude and who was a five-time world champion, dies at 40. 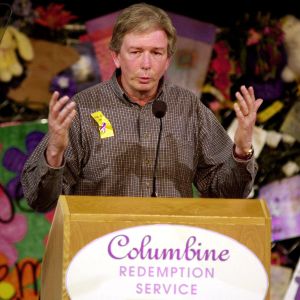 Before the massacre at Columbine High School, the Oklahoma City bombing that killed 168 people in April 1995 was the act of domestic terror most familiar to many Americans. Schoolyard shootings had horrified the nation in the past – two students dead in Mississippi in October 1997, three students killed a few months later in Kentucky, four middle schoolers dead in Arkansas in 1998 – but Columbine felt different. Read more 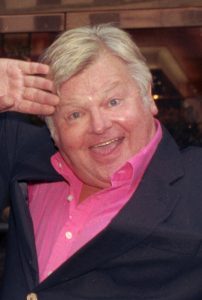 Perhaps his greatest legacy is the theme song to “The Benny Hill Show” (aka “Yakety Sax” by Boots Randolph). The wacky tune has long outlived the show to which it was once connected, and any time you hear the first few notes, you know you’re in for hijinks … most likely in sped-up form. Read more

1991: Don Siegel, U.S. movie director known for his work on Clint Eastwood films including “Dirty Harry” who directed John Wayne in his last movie, “The Shootist,” dies at 78.

1991: Steve Marriott, English rock vocalist who was the lead singer for Small Faces and Humble Pie, dies at 44.

Preparation for “Dracula” began with seven years of researching Eastern European folklore and vampire stories. As Stoker finally began to write, he settled on a name for his vampire, a name that would become synonymous with the terror of the undead, blood-sucking fiend, the horrific name of … Count Wampyr. Read more

Click to discover notable people who were born this day in history including R&B singer Luther Vandross.