The music of Tammy Wynette speaks to the ache and loneliness of relationships turned sour, a subject with which she was well-acquainted. We remember Wynette’s life today as well as the lives of other notable people who died this day in history

The music of Tammy Wynette speaks to the ache and loneliness of relationships turned sour, a subject with which she was well-acquainted. Wynette turned her painful life into a series of country hits, including her signature tune, “Stand by Your Man,” “D-I-V-O-R-C-E,” “I Don’t Wanna Play House,” and many others. She also released a string of hits with future ex-husband George Jones, whom she married in 1969 and divorced in 1975. The pair would continue to release music together throughout the early 1980s. We remember Wynette’s life today as well as the lives of other notable people who died this day in history.

Click to discover notable people who were born this day in history including country music legend Merle Haggard.

Haggard was one of the greats of outlaw country, the rough-and-ready genre spawned in opposition to the smooth “Nashville sound” that dominated country music in the 1950s and ’60s. Read more

2015: James Best, U.S. character actor whose many roles included Sheriff Roscoe P. Coltrane on “The Dukes of Hazzard,” dies at 88.

Best starred on the television series that ran from 1979 to 1985. He was the lawman futilely chasing the Duke brothers, often in the company of his droopy-faced basset hound, Flash. Best employed a battery of catchphrases in the role, as well as a memorable laugh that was comically villainous. Read more

A superstar in his youth, Rooney was Hollywood’s top box-office draw in the late 1930s to early 1940s. He epitomized the “show” part of show business, even if the business end sometimes failed him amid money troubles and a seesaw of career tailspins and revivals. Pint-sized, precocious, impish, irrepressible – perhaps hardy is the most-suitable adjective for Rooney, a perennial comeback artist whose early blockbuster success as the vexing but wholesome Andy Hardy and as Judy Garland‘s musical comrade in arms was bookended 70 years later with roles in “Night at the Museum” and “The Muppets.” Read more

2012: Thomas Kinkade, U.S. painter who was known for his realistic subjects and whose paintings are estimated to be in 5 percent of U.S. homes, dies at 54.

He claimed to be the nation’s most-collected living artist, and his paintings and spinoff products were said to fetch some $100 million a year in sales, and to be in 10 million homes in the United States. Those light-infused renderings are often displayed prominently in buildings, malls, and on products — generally depicting tranquil scenes with lush landscaping and babbling brooks nearby. Many contain images from Bible passages. Read more

2010: Corin Redgrave, English actor who was a member of the Redgrave acting family and was known best for his stage work and the movies “Four Weddings and a Funeral” and “In the Name of the Father,” dies at 70.

Corin Redgrave was less famous than his sisters, but he still had success on screen and stage, appearing in dozens of movie and television shows, including “A Man for All Seasons,” “Oh! What a Lovely War,” and “Four Weddings and a Funeral” – in which he played Hamish, the hapless groom of wedding No. 3. Read more

2010: Wilma Mankiller, Native American activist who was the first female chief of the Cherokee Nation, dies at 64. 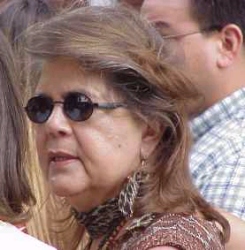 Mankiller was just 40 when she became chief in 1985. But her relative youth didn’t stop her from displaying strong leadership and making positive changes. During her 11-year tenure, she oversaw a period of huge growth for the Cherokee Nation, with the population almost tripling from 55,000 to 156,000. Read more

Under Rainier’s leadership, the Mediterranean enclave partially shed its image as “a sunny place for shady people” and became a hub for the high-tech pharmaceutical and cosmetics industries. Rainier was known as the “builder prince” for his many infrastructure projects, and he increased the size of his territory by 20 percent with land reclamation. Read more

2004: Niki Sulllivan, U.S. guitarist who was an original member of the Crickets, Buddy Holly‘s backing band, dies at 66.

2003: David Bloom, U.S. journalist who was a reporter for NBC News and the weekend anchor for NBC’s “Today” show, dies of a pulmonary embolism at 39.

In his decade with the network, Bloom reported on major stories including presidential races, the Sept. 11 terrorist attacks, the Washington-area sniper shootings, the O.J. Simpson trial and the war in Bosnia. Bloom attended Pitzer College in Claremont, California, and started his career as an investigative reporter for NBC-owned WTVJ in Miami in 1989. He joined NBC News in Chicago in 1993 and then reported from Los Angeles starting in 1995. Read more

1999: Red Norvo, U.S. jazz vibraphonist who was one of the pioneers of the instrument and was known as Mr. Swing, dies at 91.

1998: Tammy Wynette, U.S. country music singer who was one of the best-selling female country artists and a country music icon, dies at 55. 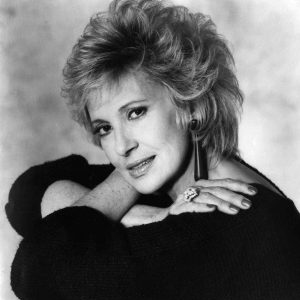 As Wynette neared the end of her life, she reflected on the challenges she’d faced: A childhood picking cotton, a baby who contracted spinal meningitis, jobs waiting tables, and working on factory floors. Five husbands, a bankruptcy filing, a stalker, a house fire. Plus, an allegedly abusive husband, severe health problems, and an addiction to painkillers. Read more

1998: Wendy O. Williams, U.S. singer known best as the lead singer for the punk band the Plasmatics, dies by suicide at 48.

Garson has the dubious honor of delivering the longest Oscar acceptance speech in history after winning best actress for her role in 1943’s “Mrs. Miniver.” The speech clocked in at seven minutes; coincidentally or not, she never won another Oscar. She did, however, enjoy a career as one of the most popular actresses of the early 1940s, usually starring as the upstanding, intrepid-but-elegant wife or mother in glossy, sentimental wartime films. Read more

1992: Isaac Asimov, U.S. author known best for his science fiction stories and books on science, whose stories were turned into the movies “I, Robot” and “The Bicentennial Man,” dies at 72.

1971: Igor Stravinsky, Russian composer who is considered one of the most important composers of the 20th century, dies at 88.

1970: Maurice Stokes, U.S. NBA Hall of Fame player for the Cincinnati Royals whose career was tragically cut short when he was injured falling on his head during a game, dies 12 years later from that injury at 36.

1966: Julia Faye, U.S. actress who appeared in more Cecil B. DeMille movies than any other actress, dies at 73.

Click to discover notable people who were born this day in history including “Hogan’s Heroes” actor Ivan Dixon.