We remember Bill Haley’s remarkable life today as well as the lives of other notable people who died this day in history.

According to legend, rock ‘n’ roll pioneer Bill Haley got his start at 13, playing guitar at an auction house for $1 per night. After years of odd jobs and playing gigs on the road, as well as some world-class yodeling in the 1940s, Haley recorded the first rock ‘n’ roll song to hit the charts, “Crazy Man, Crazy.” Building on that success, Bill Haley & His Comets released more hits, including “Rock Around the Clock” and “Shake, Rattle, and Roll,” both of which went on to become classics of rock ‘n’ roll’s earliest mainstream days. Despite a lifelong battle with alcoholism, Haley remained busy, touring with His Comets until 1980, when an inoperable brain tumor forced him to stop performing. We remember Haley’s life today as well as the lives of other notable people who died this day in history.

Click to discover notable people who were born this day in history including the actress and samba singer Carmen Miranda.

Morrison sold the production and manufacturing rights to his “Pluto Platter” in 1957. The plastic flying disc was later renamed the “Frisbee,” with sales surpassing 200 million discs. It is now a staple at beaches and college campuses across the country, and it spawned Frisbee golf and the team sport Ultimate. Read more

2010: Phil Harris, U.S. fisherman who was featured on the Discovery Channel’s “Deadliest Catch,” dies of a stroke at 53.

According to the website of his ship, the FV Cornelia Marie, Harris started working on fishing boats at 7 and started work 10 years later on a crab boat, according to his obituary by The Associated Press. When Harris turned 21, he ran a fishing vessel out of Seattle, making him one of the youngest to captain a vessel in the Bering Sea. When Harris suffered the stroke, the family said a friend, Derek Ray, had flown to St. Paul to take over as relief skipper for the rest of the opilio (snow) crab season. Read more

2008: Scott Halpin, U.S. musician and artist famous for being called onstage to play the drums for The Who after drummer Keith Moon passed out in the middle of a 1973 concert and Roger Daltrey asked the crowd if anyone can play the drums, dies at 54.

A three-time All-Star outfielder, Bauer played on Yankees teams that won nine American League pennants and seven World Series in 10 years. He set the Series record with a 17-game hitting streak, a mark that still stands, according to his obituary by The Associated Press. Bauer played his last two seasons with the Kansas City Athletics, a team he managed in 1961-62. He also managed Baltimore from 1964-68 and the Athletics again in Oakland in 1969. Read more

Margaret was only 22 when her ill-starred romance with Royal Air Force Group Capt. Peter Townsend, a dashing – but divorced – hero of the Battle of Britain, made headlines around the world. By the standards of the day, divorce was seen as shameful, and for the sister of the new queen, marriage to a divorced man was unthinkable. Townsend had met Margaret when he was an aide to her father, King George VI. At her sister’s coronation, a small gesture by Margaret – brushing some fluff off Townsend’s jacket – led to headlines about a budding romance, according to her obituary by The Associated Press. Read more

1994: Louis Kaufman, U.S. violinist and conductor who played on more than 500 movie soundtracks, dies at 88.

1993: Kate Wilkinson, U.S. actress known best for her role as Viola Stapleton on the soap opera “Guiding Light,” dies of cancer at 76.

1981: Bill Haley, U.S. rock musician and vocalist who was one of the pioneers of rock ‘n’ roll with his band the Comets and their song “Rock Around the Clock,” dies at 55.

957, Bill Haley & His Comets became the first American rock ‘n’ roll act to tour Europe, and their appearances had a catalytic effect. Much as every punk or new wave band to come out of Europe in the 1980s claimed they’d attended a Sex Pistols show, many of the artists who would make up the 1960s British Invasion cited Haley’s tour as a watershed moment. Read more 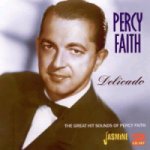 Faith began his career as a bandleader when the big band style was in its heyday. Gradually, he massaged the brassy big band sound into something different, something quieter, mellower, and with all the rough edges sanded off. He plucked brass instruments from the mix and put the focus on the strings. Applying this technique to both original compositions and current popular music, he jump-started the popular “mood music” genre of the 1950s and ’60s – and won more than one Grammy Award for his efforts. Read more

1973: Max Yasgur, U.S. owner of the dairy farm where the Woodstock Festival was held, dies at 53.

1969: George “Gabby” Hayes, U.S. actor known for his roles as the sidekick in Western films such as “Hopalong Cassidy,” dies at 83.

The Last of the Red Hot Mamas would have proved as divisive today as she was in the 1920s, the heyday of her singing career, given her brash stage presence and predilection for singing about her hearty sexual appetite. And that was just the tip of the iceberg. What would modern audiences do with songs like “Nobody Loves a Fat Girl, but Oh How a Fat Girl Can Love” or “I Don’t Want To Be Thin” –– songs in which Tucker lambasted the idea that she should be anything but her full-figured, fabulous self? Read more

Click to discover notable people who were born this day in history including the actress and samba singer Carmen Miranda.