Roger Ebert called Robert Mitchum “the soul of film noir.” Mitchum became one of the best-known actors of the stylish crime film genre. Some of his best-known film noir movies include “Out of the Past” and “The Big Steal.” Mitchum turned in a memorable performance in the 1962 movie “Cape Fear” as the revenge-minded Max Cady. Not as well-known was Mitchum’s talent as a singer. His smooth vocals were featured on his calypso album “Calypso – Is Like So …” in 1957. On the 20th anniversary of Mitchum’s death, we remember his life today as well as the lives of other notable people who died this day in history.

2013: Paul Jenkins, U.S. actor known best for his appearances on such TV shows as “The Waltons,” “Dynasty,” and “Kojak,” dies after a brief illness at 74.

Foley and a collaborator, Neil Rabens, were hired in the mid-1960s by a St. Paul manufacturing firm that wanted to expand into games and toys, according to Foley’s obituary by The Associated Press. They came up with a game to be played on a mat on the floor, using a spinner to direct players to place their hands and feet on different colored circles. The game became a sensation after Johnny Carson and Eva Gabor played it on “The Tonight Show” in 1966. Read more

2012: Evelyn Lear, Grammy Award-winning U.S. opera soprano who appeared with every major opera company in the U.S., dies at 86 following a stroke.

Lear and her late husband, Thomas Stewart, the acclaimed bass-baritone, settled in the Maryland suburbs near Washington after singing together for decades around the world, according to her obituary by The Associated Press. They wanted to be closer to their grandchildren. After being overlooked by U.S. opera houses, Lear won fame in Vienna singing the title character in Alban Berg’s “Lulu.” Read more

Woods was an 18-year-old radio singer in 1948 when she recorded a demo for an upcoming Disney feature, according to her obituary by The Associated Press. Two days later, Walt Disney himself auditioned her, and she went on to voice the title character’s speaking and singing parts for 1950s “Cinderella,” about a mistreated stepdaughter who finds her Prince Charming. Read more

2010: Don Coryell, U.S. NFL head coach known best for his time as the head coach of the San Diego Chargers and his “Air Coryell” offense led by quarterback Dan Fouts, dies at 85.

From 1978-86, Air Coryell — led by Fouts — set records and led the NFL in passing almost every season. Coryell guided the Chargers to the AFC championship game after the 1980 and ’81 seasons, but he never reached the Super Bowl, according to his obituary by The Associated Press. The lack of a Super Bowl on his resume may have hurt Coryell last winter in voting for the Pro Football Hall of Fame. He was a finalist for the first time, but was not selected for induction. Read more

2009: Karl Malden, U.S. actor who won an Academy Award for his performance in “A Streetcar Named Desire” and is known best for his role as Lieutenant Mike Stone on the television crime drama “The Streets of San Francisco,” dies at 97. 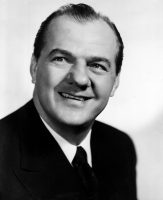 Malden had a remarkable acting career, spanning more than seven decades. He was an Oscar winner for playing Harold “Mitch” Mitchell in “A Streetcar Named Desire,” but that was far from his only notable role. Malden stands out for his excellent work in not just movies, but also television, including some of history’s most recognizable TV commercials. Read more

Vandross’ first solo single took the rhythm and blues world by storm in 1981, hitting No. 1 on the soul singles chart. “Never Too Much” is a classic example of his catchy songwriting and smooth voice. The next time Vandross made it to the No.1 spot was in 1986, with the equally bouncy – and equally romantic – “Stop To Love.” In 1989, “Here and Now” not only gained Vandross his fifth No. 1 – it won him his first Grammy Award, for best male rhythm and blues vocal performance. Read more

2005: Renaldo Benson, U.S. R&B singer-songwriter who was an original member and bass singer with the Four Tops until a few months before his death, and who also co-wrote the song “What’s Going On” with Marvin Gaye, dies of lung cancer at 69.

The Four Tops began singing together in the 1950s under the name the Four Aims and signed a deal with Chess Records, according to his obituary by The New York Times. They later changed their names to the Four Tops. The group signed with Motown Records in 1963 and produced a string of hits over the next decade, making music history with the other acts in Berry Gordy’s Motown lineup.  Read more

2004: Marlon Brando, U.S. actor considered one of the greatest actors of all time, who won Academy awards for his roles in “The Godfather” and “On the Waterfront,” dies of respiratory failure at 80.

The role that made him famous was his because he reached out and grabbed it. As a young man of 23, Brando learned that Tennessee Williams‘ play “A Streetcar Named Desire” would soon debut on Broadway. Brando drove to Williams’ home in Provincetown, Massachusetts, to lobby for the role of Stanley Kowalski. Williams remembered opening the door and knowing immediately that he was looking at Kowalski. Read more

2000: Walter Matthau, U.S. actor whose many popular roles in movies include Oscar Madison in “The Odd Couple” and Coach Buttermaker in “The Bad News Bears,” dies of a heart attack at 79.

1999: Silvia Sidney, U.S. actress who was popular in the 1930s and ’40s, appearing opposite James Cagney in “Blood on the Sun,” who regained popularity as a character actor later in life in such movies as “Beetlejuice,” dies of esophageal cancer at 88.

1999: Guy Mitchell, U.S. singer and actor who sold over 40 million records and starred in his own TV variety show called “The Guy Mitchell Show,” dies of cancer surgery complications at 72.

1999: Edward Dmytryk, Canadian-born U.S. director whose best-known films were “Crossfire,” “The Caine Mutiny,” and “Murder, My Sweet,” dies of heart and kidney failure at 90.

1997: Robert Mitchum, U.S. actor known for playing the anti-hero in movies such as “Crossfire” and “Cape Fear,” dies of lung cancer at 79.

1996: Steve Tesich, Serbian-American screenwriter and playwright who won an Academy Award for best screenplay for the movie “Breaking Away,” dies of a heart attack at 53.

1996: Margaux Hemingway, U.S. actress and model who was Ernest Hemingway’s granddaughter and a top model in the 1970s, takes her own life by taking an overdose of a sedative at 42.

Wolfman Jack’s gravelly voice and rapid-fire lingo made him instantly recognizable to hometown listeners and to children and young adults nationwide who tuned in to his syndicated show. He was the first rock ‘n’ roll disc jockey to go into syndication, sending tapes of his show to radio stations across the U.S. Read more

1991: Michael Landon, U.S. actor known for his roles on “Bonanza” and “Little House on the Prairie,” dies of pancreatic cancer at 54.

From 1959 to 1973, Landon, who played “Little Joe” Cartwright on “Bonanza,” was a fan favorite who received the most mail of all the show’s characters – and who, as time went on and his popularity grew, found ever more reasons to take off his shirt. As well as starring in the show, Landon wrote and directed a number of episodes, like season three’s “The Gamble.” Read more

1968: Virginia Weidler, U.S. child actress who appeared in over 40 films by the time of her retirement at age 17, including “The Philadelphia Story” with Katharine Hepburn, dies of a heart attack at 41.