Muhammad Ali was arguably the greatest boxer in history and certainly the most charismatic. We remember his life today as well as the lives of other notable people who died this day, June 3, in history.

2016: Muhammad Ali, U.S. heavyweight boxing champion and civil rights activist who was named Sportsman of the Century by Sports Illustrated, dies at 74.

2013: Deacon Jones, U.S. NFL Hall of Fame defensive end known for his 173 career quarterback sacks, who later became an actor and appeared on “The Brady Bunch” and “Bewitched,” dies at 74.

Because sacks didn’t become an official statistic until 1982, Jones’ total is uncertain. His impact as a premier pass rusher and team leader is not. Jones led the Rams’ Fearsome Foursome unit from 1961-71. He went on to play for San Diego for two seasons before finishing his career with the Washington Redskins in 1974. He was inducted into the Pro Football Hall of Fame in 1980 and made the league’s 75th anniversary all-time squad. Read more

2011: Jack Kevorkian, U.S. pathologist and activist known best for advocating for a patient’s right to die via doctor-assisted suicide, dies at 83.

Nicknamed Dr. Death because of his fascination with the subject, Kevorkian catapulted into public consciousness in 1990 when he used his homemade “suicide machine” in his rusted Volkswagen van to inject lethal drugs into an Alzheimer’s patient who sought his help in dying. For nearly a decade, he escaped authorities’ efforts to stop him. His first four trials, all on assisted suicide charges, resulted in three acquittals and one mistrial. Read more

2011: Andrew Gold, U.S. musician and singer-songwriter known for his hit songs “Lonely Boy” and the theme song for “The Golden Girls,” “Thank You for Being a Friend,” dies at 59.

2011: James Arness, U.S. actor known for his role as Marshal Matt Dillon on the Western television series “Gunsmoke” and who was the older brother of actor Peter Graves, dies at 88.

For 20 seasons in the 1950s, ’60s, and ’70s, Arness played Marshal Matt Dillon on “Gunsmoke,” helping to make the show one of the most popular and beloved TV series of all time. “Gunsmoke” was the No. 1 show on television for several years of its record-breaking run, and when network CBS threatened to cancel the show, fans lobbied successfully to keep it on the air. And throughout the show’s two decades on television, Arness was its star. Read more 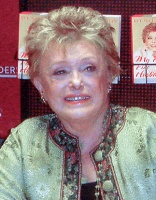 “The Golden Girls” reveled in the occasional controversy it generated, from portraying sexually active senior citizens, to airing Blanche’s gay brother’s coming out and commitment ceremony, to having these stylish older women tell us not to wear fur. The controversies didn’t hurt the ratings, which remained favorable throughout the show’s seven-year run. Read more

Carradine’s half-Chinese, half-American Shaolin monk Kwai Chang Caine wandered the Wild West, attempting to be a man of peace in a violent world. He often flashed back to his monastic training, remembering the teacher who gave him the nickname Grasshopper. Caine’s lessons with Master Po and Master Kan gave pop culture a catchy way to refer to a novice … but they also imparted the wisdom of Eastern philosophy. Read more

2009: Sam Butera, U.S. tenor saxophonist known best for his collaboration with Louis Prima, including the hit song “Just a Gigolo,” dies at 81.

2006: Johnny Grande, U.S. pianist who was an original member of Bill Haley and the Comets and played on “Rock Around the Clock,” dies at 76.

2001: Anthony Quinn, Mexican-born U.S. actor and artist who starred in numerous films including “Zorba the Greek” and “Viva Zapata!”, dies at 86.

Beginning in 1953, Quinn starred in a number of Italian films. The best was undoubtedly Federico Fellini’s “La Strada.” It’s the story of a simple woman named Gelsomina who is sold to abusive circus strongman Zampano, played by Anthony Quinn. In other hands, the brutish Zampano may have been an utterly unsympathetic character, but Quinn’s deceptively sophisticated performance brought the character a measure of humanity. The film won the first Oscar ever given for best foreign language film, along with more than 50 other international awards. Read more

1997: Dennis James, U.S. television personality and actor who was the host of numerous game shows including “Stop the Music” and the syndicated version of “The Price Is Right,” dies at 79.

1987: Will Sampson, U.S. actor known for his role as Chief Bromden in “One Flew Over the Cuckoo’s Nest” and his recurring role on the TV series “Vega$,” dies at 53.

1975: Ozzie Nelson, U.S. bandleader, actor, and producer well-known for his extremely popular television series “The Adventures of Ozzie and Harriet,” dies at 69.

The Nelsons were playing fictional versions of themselves, but it didn’t matter. Audiences of the ’50s and ‘60s loved getting what seemed to be a glimpse into the real life of beloved stars … and a couple of teen heartthrobs, too. And they loved watching Ozzie be a dad – the perfect dad, even with a few imperfections. Read more

1924: Franz Kafka, Austro-Hungarian writer considered one of the most influential authors of the 20th century, whose works include “The Metamorphosis,” dies at 40.

1861: Stephen A. Douglas, U.S. politician who was the Democratic nominee for president in 1860 and lost the election to Abraham Lincoln, dies at 48.