We remember June Havoc and other notable people who died this day in history.

June Havoc built her career as a child star, singing and dancing on vaudeville as Baby June, backed by one of history’s most famous overbearing stage mothers. Rose Hovick, who would become immortalized on Broadway in “Gypsy,” was the mother of Havoc and her sister, the famous burlesque dancer Gypsy Rose Lee. Havoc escaped her unhappy childhood but remained in show business and developed a successful adult career, with notable movies including “Gentleman’s Agreement.” Later in life, she took roles on television shows such as “Search for Tomorrow” and “General Hospital.” We remember Havoc’s life today as well as the lives of other notable people who died this day in history.

Click to discover notable people who were born this day in history including wildlife expert Marlin Perkins.

2013: Robert Zildjian, U.S. businessman who founded Sabian Cymbals, the second-largest manufacturer of cymbals in the world, dies at 89.

2013: Hugh McCracken, U.S. session guitarist who appeared on albums by artists including Steely Dan, John Lennon, Paul Simon, and the Monkees, dies at 70.

2013: Richard Griffiths, English actor who was well-known for his role as Vernon Dursley in the “Harry Potter” movies, dies at 65.

Richard Griffiths was a Tony Award-winning actor with dozens of credits onstage, on the big screen, and TV dating back to the 1970s, but his greatest fame came in the last dozen years of his life. That was when he landed a coveted role in the “Harry Potter” movie series. Read more

2012: Earl Scruggs, U.S. musician noted for perfecting and popularizing a three-finger style of banjo picking that is a defining characteristic of bluegrass music, who performed the title song for “The Beverly Hillbillies,” dies at 88.

Scruggs was an innovator who pioneered the modern banjo sound. His use of three fingers rather than the clawhammer style elevated the banjo from a part of the rhythm section — or a comedian’s prop — to a lead instrument. His string-bending and lead runs became known worldwide as “the Scruggs picking style,” and the versatility it allowed has helped popularize the banjo in almost every genre of music. Read more

Havoc was one of the first child movie stars, and she was one of the youngest. She also had one of the most difficult stage parents of all time – her seriously overbearing mother, Rose Hovick, who pushed June and her sister into vaudeville and movies when they were just toddlers as a way to support their family. That the sisters would rebel against their mother was, perhaps, predictable. June’s sister grew up to be Gypsy Rose Lee, one of the most famous strippers of the burlesque stage. And June was just 15 when she eloped with a fellow performer, trying to escape her mother’s influence. Read more

2010: Herb Ellis, U.S. jazz guitarist who was known for playing in the Oscar Peterson Trio, dies at 88.

Ellis, born in 1921 in Farmersville, Texas, was regarded as one of the finest jazz guitar soloists. He mixed bebop with country twang in a career that spanned six decades. Read more

2009: Maurice Jarre, French composer who won three Oscars for best original score, including the score for “Doctor Zhivago,” dies at 84.

Jarre studied music at the Conservatoire de Paris, training initially as a kettledrum player. He started his career composing scores for theatrical productions and worked 12 years as permanent composer at the Theatre National Populaire. He soon branched into composing soundtracks for movies, and in 1961 worked on director David Lean’s “Lawrence of Arabia,” for which he won his first Oscar. Read more

2006: Caspar Weinberger, U.S. politician who was the U.S. secretary of defense under President Ronald Reagan, dies at 88.

2004: Peter Ustinov, English actor who won two Academy awards for his roles in “Spartacus” and “Topkapi,” dies at 82.

1987: Maria von Trapp, Austrian stepmother and matriarch of the Trapp Family Singers, whose story served as the inspiration for “The Sound of Music,” dies at 82. 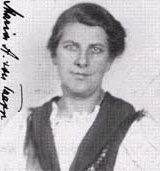 The smash musical “The Sound of Music” was based on the life of the von Trapps as told by Maria in her book, “The Story of the Trapp Family Singers,” and it does get some of the facts right. Others, meanwhile, are embellished or simply concocted. “The Sound of Music” is a great story, but what’s the real story? Read more

Troughton was the first to portray “the next Doctor,” and he worked hard to find a portrayal that wasn’t simple a redux of William Hartnell’s. He settled on a suggestion from the show’s creator, Sydney Newman, to play the Doctor as a “cosmic hobo.” Like Hartnell, Troughton remained in the role for three years, during which time he gained a reputation as a practical joker well-liked by his co-stars. Read more

1985: Marc Chagall, Russian artist who was considered a pioneer of modern art and one of its greatest figurative painters, dies at 97.

1976: Richard Arlen, U.S. actor who had a long Hollywood career and starred in the Academy Award-winning movie “Wings,” dies at 76.

1974: Dorothy Fields, U.S. songwriter who wrote more than 400 songs for movies and Broadway musicals, including co-writing “The Way You Look Tonight” with Jerome Kern, dies at 68.

1969: Dwight D. Eisenhower, U.S. politician who was the 34th president of the United States and the supreme commander of the Allied forces during World War II, dies at 78.

1965: Jack Hoxie, U.S. film actor who was most prominent during the silent era and was featured mostly in Westerns, dies at 80.

1953: Jim Thorpe, U.S. athlete who is considered one of the greatest athletes of all time, who won two Olympic gold medals and played professional football and baseball, dies at 64.

1941: Virginia Woolf, English novelist who was well-known for her novels “Mrs. Dalloway” and “To the Lighthouse,” dies at 59. Read more

1929: Katharine Lee Bates, U.S. songwriter known for the lyrics for “America the Beautiful,” dies at 69.

1881: Modest Mussorgsky, Russian composer known for the piano suite “Pictures at an Exhibition,” dies at 42.

Click to discover notable people who were born this day in history including wildlife expert Marlin Perkins.