From crime-fighting superhero to crusader for spinal cord injuries, Christopher Reeve packed a lot into his too-short life. Today we remember Reeve and other super celebrities who died on this day in history.

From crime-fighting superhero to crusader for spinal cord injuries, Christopher Reeve packed a lot into his too-short life. Before a horse-riding accident left him paralyzed, Reeve starred in blockbuster films such as “Superman,” as well as critically acclaimed stage plays. When he died Oct. 10, 2004, nearly a decade after becoming quadriplegic, hundreds signed his online condolence book. Now,  a decade since his death, fans continue to leave messages to the man they consider a hero. Today we remember Reeve and other super celebrities who died on this day in history.

Click to discover notable people who were born this day in history including actor Chris Penn.

2012: Alex Karras, U.S. actor and former NFL defensive lineman for the Detroit Lions who starred on the sitcom “Webster” and played Mongo in the film “Blazing Saddles,” dies of kidney failure complications at 77.

Karras was one of the NFL’s most ferocious – and best – defensive tackles for the Detroit Lions from 1958 to 1970, bulling past offensive lineman and hounding quarterbacks, according to his obituary by The Associated Press. The charismatic bruiser went into acting after his football career, and in his signature scene dropped a horse with a punch as the soft-hearted outlaw Mongo in the 1974 comedy “Blazing Saddles.” He also portrayed the father on the 1980s sitcom “Webster,” along with his actress-wife Susan Clark, and was in the “Monday Night Football” broadcast booth along the way. Read more

Boyzone was a U.K. hitmaker in the 1990s and announced a comeback tour at the end of 2008, according to Gately’s obituary by The Associated Press. He also had released several solo singles and appeared in stage musicals, including “Joseph and the Amazing Technicolor Dreamcoat.” Read more

The three-time All-Star third baseman often was in trouble the last few years, according to his obituary by The Associated Press. His 15-year big-league career ended in 2001, five seasons after he led the Padres to a division title and was a unanimous pick for MVP. Read more

Enduring months of therapy to allow him to breathe for longer and longer periods without a respirator, Reeve emerged to lobby Congress for better insurance protection against catastrophic injury and to move an Academy Award audience to tears with a call for more films about social issues, according to his obituary by The Associated Press. He returned to directing, and even returned to acting in a 1998 production of “Rear Window,” a modern update of the Alfred Hitchcock thriller about a man in a wheelchair who becomes convinced a neighbor has been murdered. Reeve won a Screen Actors Guild award for best actor in a television movie or miniseries. Read more 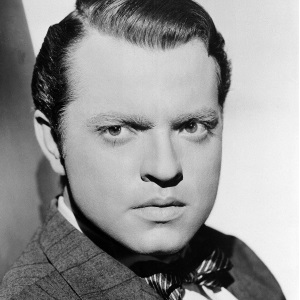 Welles co-wrote, directed, produced, and starred in “Citizen Kane,” which The New York Times lauded as “one of the great (if not the greatest) motion pictures of all time” after its premiere. Seventy years later, the paper again praised the movie, saying it proved Welles was “a master of genre. It’s a newspaper comedy, a domestic melodrama, a gothic romance, and a historical epic.” The American Film Institute has run multiple polls asking film professionals to name the 100 greatest movies of all time. “Citizen Kane” tops the list each time. Read more 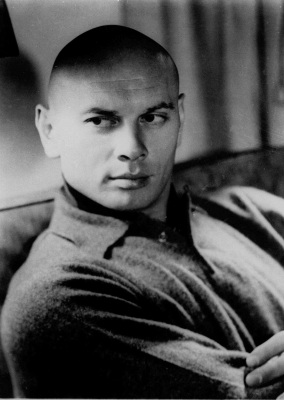 According to Hollywood legend, a baby named Taidje Khan was born in 1920 on the far-eastern Russian island of Sakhalin. A child of Mongol ancestry, he grew up windswept and wild, eventually becoming exotic shaven-haired actor Yul Brynner. Read more

1939: Eleanor Rigby, English woman whose name may have suggested the title for a song by the Beatles, dies at 44.

Click to discover notable people who were born this day in history including actor Chris Penn.