Redd Foxx was one of the kings of stand-up comedy in the 1950s, ’60s, and ’70s, recording more than 50 comedy albums and becoming one of the first black comedians to play to white audiences on the Las Vegas Strip. We remember Foxx’s life today as well as the lives of other notable people who died this day in history.

Redd Foxx was one of the kings of stand-up comedy in the 1950s, ’60s, and ’70s, recording more than 50 comedy albums and becoming one of the first black comedians to play to white audiences on the Las Vegas Strip. He continued his groundbreaking career with a starring role on TV’s “Sanford and Son,” a sitcom that opened doors for a stronger black presence on TV. His decades of comedy stardom inspired popular performers including Richard Pryor, Chris Rock, and Jamie Foxx, who chose his stage name in tribute to the influential star. We remember Foxx’s life today as well as the lives of other notable people who died this day in history.

Click to discover notable people who were born this day in history including “Beverly Hills, 90210” star Luke Perry.

2019: Aleksei Leonov, Russian cosmonaut who was the first person to walk in space, dies at 85.

De Villota was seriously injured last year in a crash during testing for the Marussia F1 team in England, losing her right eye and sustaining serious head injuries that kept her hospitalized for a month, according to her obituary by The Associated Press. She also had driven in the world touring car championship in 2006 and 2007, as well as the Superleague open-wheel series. De Villota, a Madrid native, was the daughter of Emilio de Villota, who competed in F1 from 1976-82. Read more

Cook grew up in Pittsburgh before graduating from the University of Pittsburgh  in 1954, and was known for his love of the college game and, in particular, championing the cause of northeastern teams including Penn State and Pitt before either school was a nationally known power, according to his obituary by The Associated Press. “Beano Cook was an American original. His passion, depth, and breadth of knowledge, and humor were unique,” ESPN host Chris Fowler said. “He was an invaluable early mentor to me and friend. His imprint can still be seen on ‘Game Day’ each week.” Read more

Born in 1915 in Zell am See, Austria, von Trapp was the fourth child and second son of Captain Georg von Trapp and his first wife, Agathe Whitehead, according to his obituary by The Associated Press. In “The Sound of Music,” which altered some details of the family’s history, Werner von Trapp was depicted by the character named Kurt. “The Sound of Music,” the last musical by Richard Rodgers and Oscar Hammerstein II, opened on Broadway in 1959 starring Mary Martin in the role of Maria. The 1965 film version starring Julie Andrews won five Oscars and became one of the most popular movies of all time. Read more

1998: Richard Denning, U.S. actor who starred in “Creature From the Black Lagoon,” dies of a heart attack at 84.

1991: Redd Foxx, U.S. comedian and actor known best for his starring role on the sitcom “Sanford and Son,” dies at 68. 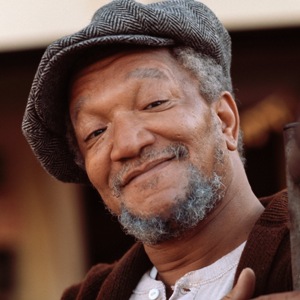 As the star of “Sanford and Son,” Foxx became the face of one of the most racially groundbreaking shows in the history of television. The trailblazing series – one of the first successful sitcoms with a primarily black cast – set the stage for many popular shows to come, from “Good Times” to “The Cosby Show” to Bernie Mac and beyond. Read more

1988: Wayland Flowers, U.S. ventriloquist known for working with his puppet Madame, dies of AIDS-related cancer at 48. 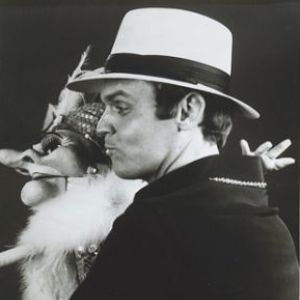 Flowers created multiple characters, but it was the “craggy old hussy” Madame that brought him fame, The Associated Press said in his obituary. Madame’s glamorous look, featuring shimmering gowns and furs, is based on movie stars such as Gloria Swanson, according to retrojunk.com and other websites. It’s unclear if any real person inspired her personality. In a 2007 tribute to gay rights pioneer Margo MacGregor, the D.C. magazine Metro Weekly said MacGregor may have inspired Flowers. Read more

1961: Chico Marx, U.S. comedian and actor who was the oldest brother in the Marx Brothers, dies at 74.

Though many now pronounce his nickname as “Cheek-o,” it was originally pronounced “Chick-o,” a moniker he reputedly earned for his girl-chasing reputation. A typesetter dropped the “k” when creating a program guide, and the new spelling stuck. Read more

1809: Meriwether Lewis, U.S. explorer and co-leader of the Lewis and Clark Expedition, dies at 35.

Click to discover notable people who were born this day in history including “Beverly Hills, 90210” star Luke Perry.