John Denver’s songs brought his listeners to the places he loved – the back roads of West Virginia in “Take Me Home, Country Roads,” a simple farm in “Thank God I’m a Country Boy,” and the mountains of Colorado in “Rocky Mountain High.” We remember Denver’s life today as well as the lives of other notable people who died this day in history.

John Denver’s songs brought his listeners to the places he loved – the back roads of West Virginia in “Take Me Home, Country Roads,” a simple farm in “Thank God I’m a Country Boy,” and the mountains of Colorado in “Rocky Mountain High.” His evocative songwriting brought him several No. 1 singles and gold records, as well as Grammy, Country Music Association, and American Music awards. He was also an actor, starring in “Oh, God!,” and an activist who fought for more sustainable environmental practices, championed the homeless and hungry, promoted NASA’s “Citizens in Space” program, and more. We remember Denver’s life today as well as the lives of other notable people who died this day in history.

Click to discover notable people who were born this day in history including opera great Luciano Pavarotti.

2015: Joan Leslie, U.S. actress who starred in movies with Humphrey Bogart and Gary Cooper, dies at 90.

2011: Patricia Breslin, U.S. actress who appeared on Peyton Place and The Twilight Zone and was married to NFL owner Art Modell, dies at 80.

During a 22-year acting career, Patricia Breslin Modell performed on the New York stage, in motion pictures and on television, according to her obituary by The Associated Press. She starred in the People’s Choice television series with actor Jackie Cooper and played the role of Meg Baldwin in the soap opera General Hospital. She also played Laura Brooks on the prime-time soap opera Peyton Place. Among her many other roles, she was a regular on Twilight Zone, Alfred Hitchcock Presents, Perry Mason, and Maverick. Read more 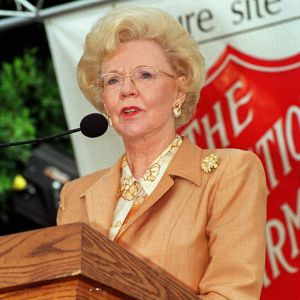 A chance conversation with a doctor on a plane ride resulted in an $18.5 million donation to build a hospice. A speech denouncing war led to a $6 million grant for an institute to study peace. An article about flood victims in the Midwest prompted a $15 million donation for rebuilding. Joan Kroc, billionaire widow of McDonald’s owner Ray Kroc, was an unconventional philanthropist. She sought no fanfare or recognition for her generosity, giving her gifts quietly and surprising dozens of charities with donations big and small. Read more

1999: Wilt Chamberlain, U.S. Hall of Fame professional basketball player who is the only player to score 100 points in a game, dies of congestive heart failure at 63.

1997: John Denver, U.S. singer-songwriter and actor whose songs included Rocky Mountain High and who starred in the movie Oh God!, dies in a crash of his experimental plane at 53. 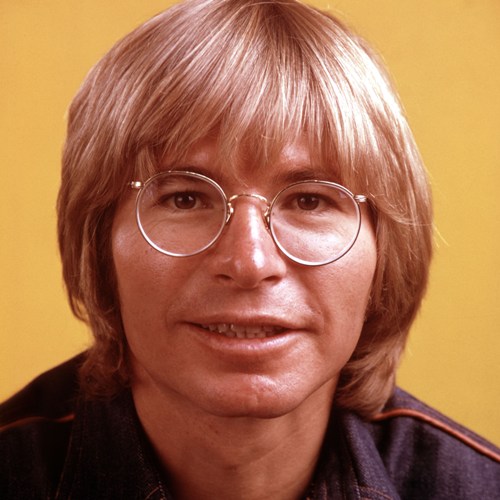 Of all Denver’s gold records, Take Me Home, Country Roads was recorded the earliest. It never topped the charts (though it came close), but it’s one of Denver’s most recognizable songs – his signature song, really – much covered, much quoted, and often in the running to be West Virginia’s new state song.  Read more

1996: Rene Lacoste, French tennis player who won seven grand slam titles and created the Lacoste clothing company known for the crocodile on its shirts, dies at 92.

1992: John Hancock, U.S. film and TV actor who appeared on many television series including Diff’rent Strokes and LA Law, dies of a heart attack at 51. 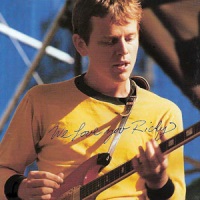 Wilson and the B-52s burst onto the scene in a big way with their self-titled debut album in 1979. The lead single made the Billboard charts and is still a dance favorite more than 35 years later. It even inspired John Lennon to come out of retirement and start making music again, so much did it remind him of Yoko Ono’s sound. Written by Wilson and his bandmate Fred Schneider, the silly, surfy track was “Rock Lobster.” Read more

1971: Gene Vincent, U.S. musician who was a rockabilly pioneer with his hit song Be-Bop-a-Lula, dies of a bleeding stomach ulcer at 36. 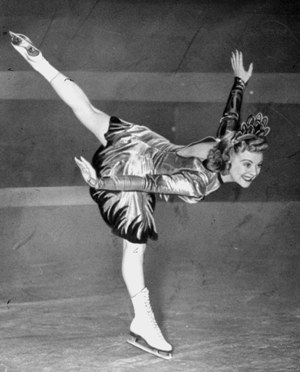 No one could top her, and everyone wanted to be like her. Henie was the first to sport the now ubiquitous women’s figure skating look: short skirt and white boots. And she was the first to use dance choreography in her skating routines. Her innovation and glamour forever transformed skating and helped solidify its acceptance as a legitimate sport and Olympic pursuit. Read more

1940: Tom Mix, U.S. film actor who starred in many early Western movies and was one of the first superstars of cinema, dies at 60.

1870: Robert E. Lee, general of the Confederate Army of North Virginia in the American Civil War, dies at 63.

Click to discover notable people who were born this day in history, including opera great Luciano Pavarotti.