Memorial Day Through a Veteran’s Eyes

By Legacy Staff May 22, 2015
0
FacebookTwitterEmail

David Danelo served for seven years as an infantry officer in the Marine Corps. In 2004, he served near Fallujah, Iraq, with the First Marine Expeditionary Force as a convoy commander, intelligence officer and provisional executive officer for a rifle company. Since leaving active duty, he’s published several award-winning books about the challenges he faced while deployed – and those he faced as he returned to civilian life.

With Memorial Day approaching, Danelo spoke with Legacy.com about his unique perspectives on patriotism and remembrance.

Are you grieving the loss of a loved one who served in the military? Join our Loss of a Veteran grief support group.

Legacy: How do you observe Memorial Day?

David: On Memorial Day, I think of people I knew who died in Iraq. I know more who died there than in Afghanistan … because of my generation. And I also remember those of previous generations, from previous wars, from Vietnam and Korea and World War II.

“But there are two other things that I do on Memorial Day that may be a bit different.”

The first is that I think a lot about the other side as well. … War always brings casualties on both sides. The origin of Memorial Day was as Decoration Day; it started in Gettysburg, when Union widows decorated the graves of Union soldiers, but also of Confederate soldiers. So to me, Memorial Day also symbolizes a sense of reconciliation. …

The other thing I do on Memorial Day is visit a cemetery and try to find the grave of an old veteran. There’s one cemetery in Philadelphia that has a Civil War veteran who I’ll go see. He’s long been forgotten and nobody thinks about him. … I just walk around there and pay my respects to [his] memory. And that’s what I do, that’s how I remember Memorial Day.

Legacy: That sense of reconciliation you mentioned … have you seen it elsewhere in the world?

David: Actually, I was just in the Baltic States. … There are children of men and women who fought and died on both sides of the Soviets and the Germans. Large, large numbers were killed. The 70th anniversary of World War II’s conclusion recently occurred, and there was a lot of mutual decoration of the graves. 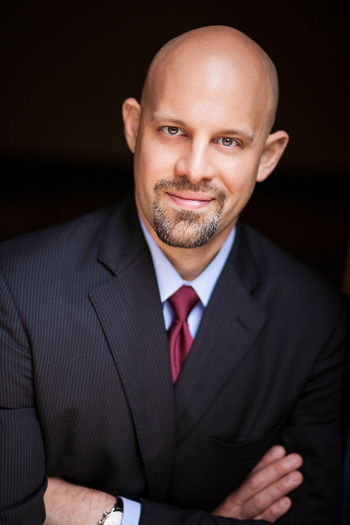 Legacy: In THE RETURN: A FIELD MANUAL FOR LIFE AFTER COMBAT, you wrote that you (and other veterans) sometimes have mixed emotions about the words, “Thank you for your service.” Why is that?

David: I don’t think that it’s intentional for civilians to be disrespectful to veterans by thanking them for their service. I’m not offended by it, but I do think there’s a sense, in society, of that being the ‘right thing to say.’ And I think that it’s insufficient. I think it’s important for civilians to remember that ultimately, we veterans represent them, [and they should take an interest in learning why]. Foreign policy may not be the most popular thing to read and learn about, and it’s certainly difficult to make time to understand what’s going on in the world or why Congress is voting one way or another. But it’s how our democracy works.

Legacy: Do you think there are changes that should be made in media coverage regarding veterans?

David: I think any media coverage that’s distilled into a sound-bite experience will always be insufficient. I think it’s also important for civilians to not try to frame a perception of veterans in a comparison through a media portrayal. And what I mean by that is people saying, ‘So were you like American Sniper?’

Legacy: In THE RETURN, you wrote that one of the best ways civilians can support warriors is by reaffirming their warrior identities after they return. What are some ways people have done that for you?

David: Honestly, there’s a saying that former Senator Jim Webb, who’s a potential presidential candidate, says often: ‘If you want to help a veteran, hire one.’ For me, the affirmation of my warrior identity has come professionally. It’s come when others who are in the profession of writing and researching have seen value in my experience as a warrior. And that has been, for me, the biggest affirmation.

There’s intangible achievement that existed in combat, and that achievement makes me a better researcher, a better writer, a better analyst. There are things I can now do as a result of my combat experience (which now is 11 years ago). I was able to build that into something.

Legacy: I feel that you’re a living example of how pain or trauma doesn’t necessarily have to damage you. … It can help you develop as a person.

David: That’s exactly the idea … that combat isn’t a debilitating experience, but a developmental experience.

Legacy: My colleagues and I have found great inspiration in THE RETURN. Are there other books in the same vein that you’d recommend civilians read?

David: There’s two that I recommend very, very highly. One of them is actually much more widely read than mine and it’s very, very good. It’s by a guy named Karl Marlantes and it’s called What It Is Like To Go to War. And then there’s a book called Odysseus in America: Combat Trauma and the Trials of Homecoming by Jonathan Shay.

Legacy: Thank you so much for your wisdom and time. Anything else you’d like to say?

David: Just to express appreciation to Legacy.com for your attention toward veterans on Memorial Day and for the content that you provide for all who seek to remember their loved ones. I respect what you guys do. 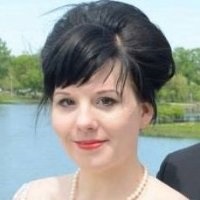 Halley Burns is a writer and editor based in Chicago. Connect with her on Twitter at @halley_rosetta.