On the Road with Jack Kerouac

We offer nine facts about Jack Kerouac and “On the Road” in honor of Kerouac’s 90th birthday and the upcoming movie adaptation.

As audiences prepare for the big-screen adaptation of Jack Kerouac’s On the Road to be released this year, the usual speculation runs high. Is the casting – Sam Riley, Garrett Hedlund, Kristen Stewart, Kirsten Dunst – perfect or ludicrous? Will a 55-year-old road trip tale resonate with modern audiences? And, of course, can any film truly capture the spirit of the book that moved the Beat Generation?

Kerouac was born Mar. 12, 1922, 90 years ago today – all the more reason to think of the legacy he left with his best-known book. In honor of his 90th birthday and the upcoming movie, Legacy.com offers 9 facts about Kerouac and On the Road. 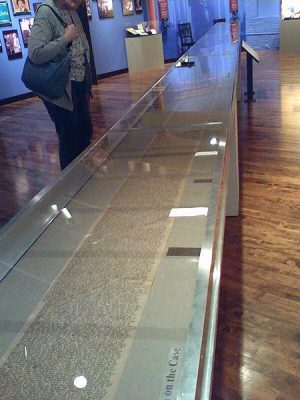 2. Legend tells us that Kerouac wrote the book during three furious weeks of creative explosion, typing the manuscript sans paragraphs on one long roll of paper. The basics of the legend are true, but he didn’t just become inspired and start writing one day, emerging from his study three weeks later with a completed book. Throughout the time of his travels, Kerouac kept extensive journals, which he later used to compose the novel.

3. While Kerouac wrote On the Road, he subsisted primarily on pea soup and coffee.

4. The legendary scroll of paper on which he wrote the manuscript is still around, displayed in Lowell, Mass., at the Boott Cotton Mills Museum. Kerouac created the scroll by cutting tracing-paper sheets to size and taping them together. It measures 120-feet-long.

5. Kerouac came up with the scroll idea so he could write as quickly as possible, without having to take time to change pages in his typewriter. He originally hoped the novel would also be published in scroll format, so readers could experience his single long paragraph without the distraction of page-turning. Perhaps Kerouac would have appreciated today’s word processing programs and e-book readers…

6. As much as On the Road was about jazz, freedom, and the open road, it was also a love letter to pie. Kerouac’s narrator Sal Paradise ate pie across America: “I ate apple pie and ice cream – it was getting better as I got deeper into Iowa, the pie bigger, the ice cream richer.” 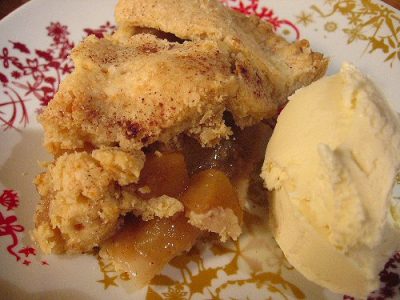 7. An early draft was begun in French, as Kerouac had Quebecois lineage and spoke only the French-Canadian dialect Joual until he learned English at age 6. The few manuscript pages are among the earliest examples of Quebecois French being used in literature.

8. While Kerouac’s stream-of-consciousness, frenzied writing has inspired generations, others have been less impressed. Truman Capote dismissed Kerouac with the sniff, “That’s not writing, that’s typing.”

9. Those who disagree with Capote include The Doors (said Ray Manzarek, “I suppose if Jack Kerouac had never written On the Road, The Doors would never have existed.”), Bob Dylan (“It changed my life like it changed everyone else’s.”), and Katy Perry (her single “Firework” was inspired by a passage from the book: “…the only people for me are the mad ones, the ones who are mad to live, mad to talk, mad to be saved, desirous of everything at the same time, the ones that never yawn or say a commonplace thing, but burn, burn, burn like fabulous yellow roman candles exploding like spiders across the stars and in the middle you see the blue centerlight pop and everybody goes ‘Awww!'”).

Hear Kerouac himself read the ending of On the Road: