There’s no reason why Jerri Northam and Doug Huff should ever have met, but the two are now joined forever by the lifesaving gift Northam’s son gave to Huff over five years ago.

There’s no reason why Jerri Northam and Doug Huff should ever have met, but the two are now joined forever by what Northam’s son gave to Huff over five years ago. In June 2009, after Morgan Northam-Williams was killed in a car accident, his organs were donated to people in need around the country. His heart went to Huff, whose own heart had been failing for nearly a year. Huff’s life was saved, thanks to the choice Northam made to donate her son’s organs.

According to TimesNews.net, Huff’s recovery after the transplant was long and arduous, and after years of healing he reached out to Northam to thank her. The two developed a long-distance friendship, helped along by the organization that handled Northam-Williams’ donations in 2009. After many telephone calls and online communications, Northam and Huff finally met in person, in Huff’s home. Northam told Huff she wanted to hear her son’s heart beat again. “Oh my Lord, I made that heart,” she said upon feeling it beating beneath Huff’s chest.

Since the transplant, Huff has experienced only minor rejection of the organ and is otherwise healthy. Northam wished him well, saying of her son’s heart, “He had it for 35 years; I hope you have it for 35, too,” according to ABC 19. She also told TimesNews.net that thinking about the good her son’s organs did, and how a part of him was living on in others, helped her through the worst part of her grief.

In March of this year, Matthew Heisler died after being rescued from a house fire. He was 21, with his whole life ahead of him. But Heisler had signed up as an organ donor, so he was able to save the lives of four other people. He also provided life-improving transplants for an additional 56. 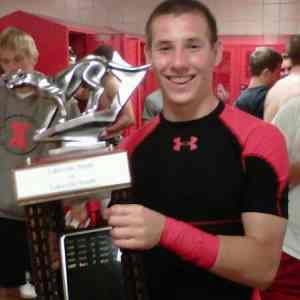 Last month, Heisler’s family met the man who received Heisler’s heart, and was able to hear it beating in his chest. Tom Meeks was the grateful recipient, having been diagnosed in 2011 with a rare heart disease. He spent three years waiting for a transplant to save his life, knowing that it would also mean tragedy and heartbreak for the donor’s family. Meeks’ meeting with Heisler’s family was captured on camera by KARE 11 in Rochester, Minnesota.

Share these incredible stories with your own loved ones and make sure they know your choices about organ donation. It’s never too late to save a life.