In January 2002, the U.S. was still on edge, shell-shocked by how our world had changed in the wake of 9/11 – and terrified of how it would continue to change… 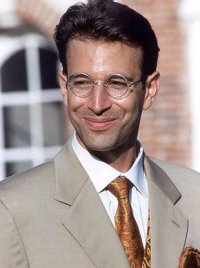 In January 2002, the U.S. was still on edge, shell-shocked by how our world had changed in the wake of 9/11 – and terrified of how it would continue to change. We were in the throes of worry about bioterrorism, shoe bombs on airplanes, and weapons of mass destruction. Then came February 1, and the death of Daniel Pearl.

Pearl was a Wall Street Journal bureau chief, working in Mumbai, India. In the process of an investigation into the aforementioned shoe bomber and his potential links to Al Qaeda, Pearl was in Pakistan, heading to an interview, when he was kidnapped. The militants who kidnapped him, calling themselves The National Movement for the Restoration of Pakistani Sovereignty, accused Pearl of being a spy. In exchange for his release, they demanded the U.S. release all Pakistani terror detainees, among other demands. Within days came the chilling news that Pearl’s captors had beheaded him.

Daniel Pearl was just 38 years old when he died at the hands of extremists. But in that short life he created a memorable career in journalism, with many WSJ front-page stories to his credit. Pearl’s legacy lives on in other ways, too – his son, Adam Daniel, was born four months after his death.

Advertisement
Died in 2002Gone Too SoonHonoring Those Lost to TragedyJournalistsPakistanWars in Iraq and AfghanistanWashington D.C.
0
FacebookTwitterEmail