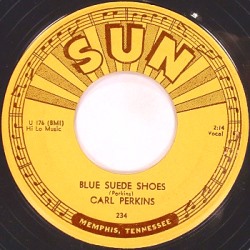 When we think of the people who had the biggest influence on rock ‘n’ roll, some familiar names come to mind, among them Elvis Presley, Roy Orbison, Carl Perkins, Jerry Lee Lewis. These early rock stars helped make today’s music what it is, but they’ve got more in common than rock ‘n’ roll talent. They can all trace their success back to one man – Sam Phillips, founder of Sun Records, the label that helped introduce rock ‘n’ roll to the world.

Phillips, who died July 30, 2003, was just 26 years old in 1950 when he opened his first recording studio in Memphis – the musical city that had fascinated him since he first visited as a teen. Just a year after the Memphis Recording Studio opened, it would make history. Phillips recorded “Rocket 88” by Jackie Brenston and his Delta Cats, widely considered to be the first rock ‘n’ roll song. The group’s singer and songwriter was a 19-year-old named Ike Turner.

The following year, Phillips launched Sun Records, and it wasn’t long before a young singer named Elvis Presley came knocking. Phillips had the talented teen sing everything under the sun, but couldn’t quite find the right sound – until Presley launched into a rollicking rendition of “That’s All Right.” Phillips guided Presley through the recording of what would become his first – and first hit – single, launching Presley to regional stardom in the southern United States. In 1956, Sun Records released Presley’s first nationwide hit, “Blue Suede Shoes,” a cover of an already-popular hit by another Sun Records star, Carl Perkins. “Blue Suede Shoes” would be Presley’s last recording with Sun before the label sold his contract to RCA in the midst of financial difficulties. Phillips had lost his biggest star but didn’t mind – the sale helped boost Sun’s fame, and he was always proud of his work with Presley. He considered the King one of his greatest discoveries.

With Elvis Presley’s fame and rock ‘n’ roll’s popularity among U.S. audiences, Sun Records was on the map. In the years that followed Presley’s debut, Sam Phillips discovered and signed an amazing cast of legendary rockers…

Sam Phillips knew good rock ‘n’ roll when he heard it. And he could recognize a priceless moment, too. One day in 1956 – while Sun Records was at the height of its success – Carl Perkins was recording a track at the studio, with Jerry Lee Lewis on piano. Johnny Cash was hanging around Sun headquarters, waiting for a paycheck. When Elvis Presley stopped by, Phillips saw a golden opportunity. He put the four superstars in a studio together and let them jam while he recorded the results. They played songs they all knew – country standards, gospel favorites, their own tracks. The recordings are legendary, and though the “Million Dollar Quartet” didn’t perform together in the future, they went down in history as the first supergroup.

Sun Records’ success in the 1950s would not carry over to the next decade. By the mid ’60s, Sam Phillips had all but stopped recording and in 1968, he sold the studio that not long before he had dubbed “the birthplace of rock ‘n’ roll.” Even so, he assured his place in history when he helped bring rock ‘n’ roll to the masses. 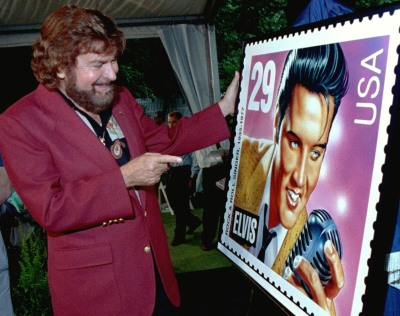