Fashion designer Alexander McQueen spent a relatively short time in the spotlight — he was only 40 when he ended his own life Feb. 11, 2010 — and yet he continues to influence his field.

Fashion designer Alexander McQueen spent a relatively short time in the spotlight — he was only 40 when he ended his own life Feb. 11, 2010 — and yet he continues to influence his field. He was named British Designer of the Year by the British Fashion Council four times during his 18 years as a designer. Fashion insiders say he changed the way clothes were worn and created as well as the way they were presented.

McQueen consistently found inspiration in unusual places — one collection was called “Jack the Ripper Stalks His Victims.” Another was inspired by the Salem witch trials. He presented theatrical designs that featured unconventional materials such as shells, animal horns and human hair. 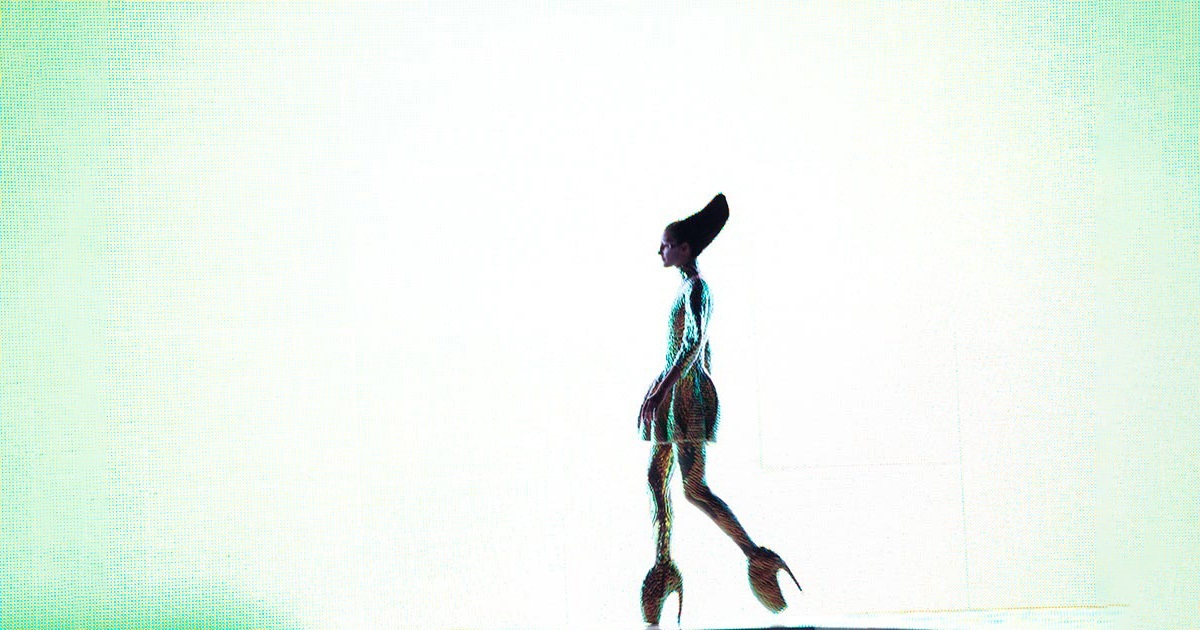 His runway shows were over the top, sometimes breathtaking. In one show, his models worked a raised catwalk puddled with black ink while being showered by golden rain. In another, the models were suspended from ropes over a spiked runway during the finale.

Celebrities immediately embraced McQueen’s work and continued to do so until his death. David Bowie wore McQueen’s Union Jack coat on the cover of his 1997 album, Earthling. Madonna went for a fully sequined design at the MTV Music Awards in 1998. Beyonce wore one of his vests at the World Music Awards in 2008. And, of course, there were the armadillo “hoof” heels that were featured in Lady Gaga’s 2009 video for “Bad Romance.” (More details about the heels are below.)

His eponymous company is now led by designer Sarah Burton, who designed the wedding dress for Catherine, Duchess of Cambridge, when the former Kate Middleton married Prince William of England. Catherine also chose a McQueen design for the baptism of Prince George.

To mark the fifth anniversary of McQueen’s death, Legacy.com explores five McQueen designs and some insights into what made them so special.

1. The “bumster” — In one of his first collections, McQueen created a pair of low-cut pants that became known as the “bumster.” The pants featured a low waistband that showed off hip bones and, in some cases, a bit more in the rear. The look caused gasps among fashion insiders and didn’t catch on immediately, but McQueen kept showing the look. It eventually caught fire, resulting in years of low-rise pants being considered the highest fashion.

2. The skull print — Now it’s commonplace to see a skull or full skeleton on clothing. That wasn’t true when McQueen created his skull scarf. But soon after, models like Naomi Campbell were photographed wearing the scarf, which seemed to be everywhere. Some say the skull motif hinted at the darkness in McQueen.

3. Extreme silhouettes — McQueen loved to play with shapes. Perhaps his most famous example is the “armadillo shoe,” which he debuted in 2009. These 12-inch high heels, which resembled lobster claws, cost between $3,900 and $10,000. Lady Gaga wore them in her “Bad Romance” video. Talking about his unusual offerings, McQueen told The New York Times, “The world needs fantasy, not reality. We have enough of reality today.”

4. Tailoring — McQueen started his career cutting patterns in a made-to-order tailor shop. During that time, he made a suit for Prince Charles. On the runway, he smoothly blended the best of British tailoring and French whimsy.

5. Bold/ethnic prints — McQueen experimented with many different patterns. In 2000, he found inspiration in the Yoruba people of West Africa and offered a collection featuring elements such as acid-green glass beads and a thick, brown horsehair skirt. Geometric shapes also intrigued him, as seen on Cyndi Lauper at AmFar’s benefit in February 2010.

To put together this article, we used materials provided by London’s Victoria & Albert Museum, which will share the “Alexander McQueen: Savage Beauty” exhibit in March. Additional information was taken from the BBC, The Daily Mail and the Metropolitan Museum of Art’s blog. “Savage Beauty” was organized by The Costume Institute and appeared at the Met from May to August 2011.