JFK: A Legacy of Courage

Kennedy’s commitment to public service is one of his greatest legacies. He continues to inspire people like Elizabeth Redenbaugh to do the right thing at the risk of personal loss.

“The stories of past courage … can teach, they can offer hope, they can provide inspiration. But they cannot supply courage itself. For this each man must look into his own soul.” – John F. Kennedy

In 2009, when New Hanover County school board member Elizabeth Redenbaugh stood up against what she saw as racial segregation in a school redistricting plan, fellow church members sent her hate mail. She was blasted by neighbors via the email chain that they used to share information about block parties. One of her children was even kicked out of his soccer car pool.

Even today, the North Carolina mother of three said, “There are still people who won’t look me in the eye. There is still a great deal of hatred.”

Redenbaugh was honored for standing up for her beliefs with a 2011 Profiles in Courage Award. The prestigious honor takes its name from President John F. Kennedy’s 1957 Pulitzer Prize-winning book, in which he shares stories of eight U.S. Senators who defied the opinions of their colleagues or constituents to take stances they felt was right.

Kennedy’s commitment to public service is perhaps one of his greatest legacies. Even as the nation marks the 50th anniversary of his assassination, he continues to inspire people like Redenbaugh –– “ordinary” people who live in small towns or big cities, who don’t seek power or money or prestige, but simply do the right thing at the risk of personal loss.

“There are times when people need to stand up and say, ‘This is not right. We believe what we’re doing and, whether you believe it or not, we’re going to do it,'” said Doris Voitier, superintendent of schools in St. Bernard Parish, Louisiana, a 2007 award winner. “When you are living in extraordinary times, you have to dig deep within yourself.”

The award was created in 1990 and is given annually to elected officials “who govern for the greater good, even when it is not in their own interest to do so,” as its web site details. Past recipients include high profile personages like Senators John McCain (R-Ariz) and Russ Feingold (D-Wisc), UN Secretary-General Kofi Annan and U.S. Rep. John Murtha (D-Pa). 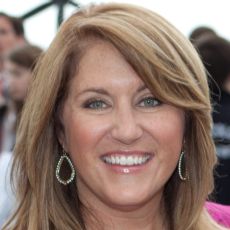 Redenbaugh’s opposition to a redistricting plan proposed for Wilmington schools became widely known when an email she sent a parent was published as an op-ed in a local newspaper. In the piece, titled “Gutsy Stand,” Redenbaugh pointed out that the proposal would cluster poor, mostly African-American, students in a few schools. What was needed, she said, was more socioeconomic and racial diversity in classrooms. Busing was one way to accomplish this.

The backlash was immediate. At subsequent school board meetings and community forums, “people were lined up for days to yell and scream and holler at me,” she said. “I remember thinking, ‘I can’t believe I’m able to stand here and not burst into tears and run from the room as dozens upon dozens of people are standing up and yelling at me.’ But knowing without a shadow of a doubt that what I was doing was right, I was willing to face the consequences.”

The new map was approved by the board by a 4-3 vote, and Redenbaugh was the only Republican and the only white member to dissent. When the map was readjusted slightly and again put before the board, the result was the same with Redenbaugh again voting against the redistricting.

A few months later, state officials asked New Hanover County to sign an affidavit certifying that it was not intentionally segregating schools based on race or socioeconomic status. Redenbaugh opposed the certification, which was approved by the board with the attachment that if segregation had happened, it had been unintentional.

Redenbaugh switched parties and ran again for school board in 2012. She lost. She is now considering a run for state office.

During Redenbaugh’s term on the school board, the head of a local club for Republican women asked her to speak to students about the president she most admired. Redenbaugh spoke about Kennedy and the concepts of service and leadership.

It didn’t go over well, at least not with the club leader.

“I remember she was NOT happy that I spoke about a Democratic president,” Redenbaugh remembered. “I hadn’t even thought about it.”

When Hurricane Katrina left St. Bernard Parish completely underwater in 2005, Voitier’s actions were heroic. As superintendent of schools, she’d kept one school open as a shelter of last resort –– and stayed there herself. When waters rose around the building, she helped carry the sick and elderly to a higher floor, then pulled desperate flood victims in through windows. When the water stayed for days and no help came, she sent boats to local hospitals to find oxygen and medicine, and to supermarkets to find any remaining food.

But Voitier’s actions when the water receded were what earned her a Profiles in Courage Award in 2007.

Every building in St. Bernard Parish was damaged in the storm. Voitier vowed not only to return and rebuild, but to have a school open in the battered community in 11 weeks.

“The community was not going to come back if there wasn’t a place to send their children,” Voitier said.

She tried to do it the conventional way, going to the Federal Emergency Management Agency for help. They were “adversarial,” she said. She was conflicted. Growing up, she’d been taught that “you stand up to what is right and what is good.” But as an educator, she was also a rule follower. She had to make a choice.

She chose to make a stand.

“I said, ‘You’re not going to make this happen,'” she recalled. “I said, ‘The hell with it. We’ll do it ourselves and send you the bill.'”

Voitier pulled all available funds from the district’s accounts. She moved quickly to collect $14 million in flood insurance on district’s buildings. She figured out a budget, bundled the money together, and “figured I’d sort it out later.”

Voitier’s team found trailers for teachers to live in and portable classrooms for returning students. They set up a cafeteria under an old circus tent so students could have hot meals.

Nov. 14 was the first day of school. Voitier expected about 50 students to show up. Instead, 330 did. Voitier told the emotional group of parents and children that they were a part of history and that this was a day to remember. They were the first school to reopen in the area after the storm.

Everyone there, Voitier included, had a damaged home to repair. Some of the students were sleeping on concrete slabs or in tents. Some students showed up in pajamas. Voitier made sure they were dressed and fed hot meals and kept safe while their families struggled to rebuild.

The student population grew steadily. By the end of the school year, more than 2,360 students had returned. As the local newspaper wrote in one article, “The school became a beacon of hope for many, attracting students from across the region and helping nudge some residents to return to St. Bernard.”

“People say all the time that if we hadn’t opened the schools, they wouldn’t have come back at all,” Voitier said. “We basically stood up against our own government to say, ‘This is the right thing to do and we’re going to do it in spite of you. We’ll deal with the fallout later.'”

In the end, Voitier and her team were not disciplined for doing things their own way. In fact, they were even praised by some of the same government agencies they stood up to. Today, St. Bernard Parish has 11 schools serving 7,300 students. (Before Katrina, there were 14 schools and 8,800 students.) These state-of-the-art facilities house some of the highest achieving students in the state.