If something sounds too good to be true, it probably is – especially when fantastic quotes are concerned.

If something sounds too good to be true, it probably is – especially when fantastic quotes are concerned.

Throughout the centuries, people have been misquoted and famous quotes misattributed time and again. But with the advent of social media, the process of misquoting has become a lot more efficient. Now, a wrongly attributed quote, or one that is just plain fake, can travel the world in the blink of an eye.

Whether it is a malicious attempt to make someone look bad, or just an honest mistake, false quotes can strike anywhere at any time. We’ve rounded up some of the prime examples, so you can be on the lookout next time you check your newsfeed.

“We make ourselves miserable by first closing ourselves off from reality and then collecting this and that in an attempt to make ourselves happy by possessing happiness. But happiness is not something I have, it is something I myself want to be. Trying to be happy by accumulating possessions is like trying to satisfy hunger by taping sandwiches all over my body.”

–Roger J. Corless, “Vision of Buddhism: the Space Under the Tree”

Share this image the next time you see the Carlin misquote: 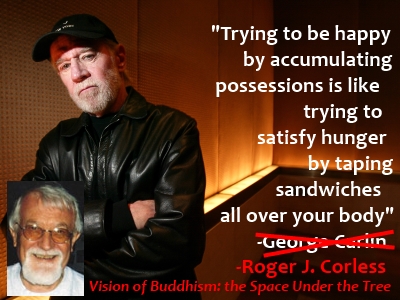 “I disapprove of what you say, but I will defend to the death your right to say it.”

Though this sounds like something Voltaire would have written, it actually comes from the pen of Evelyn Beatrice Hall (1868 – 1956), in her biography “The Friends of Voltaire.” You can let your friends know the truth with this picture: 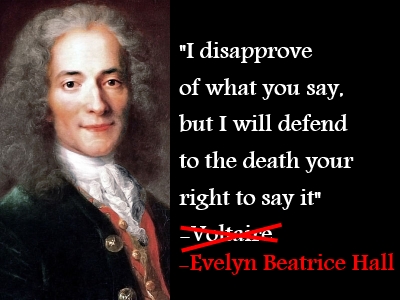 “There’s a sucker born every minute.”

While Barnum was something of a trickster, he’s not responsible for this misdirection. The quote comes from one of Barnum’s competitors, David Hannum, who took a dim view of both Barnum and his fans. Go ahead and tell your friends they’ve been duped. 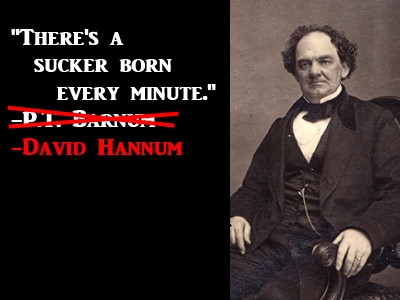 The sentiment behind this quote seems like a perfect fit for Marilyn or Eleanor, but it comes to us not from Hollywood or the White House, but from Harvard historian Laurel Thatcher Ulrich, who knows a little something about making history. 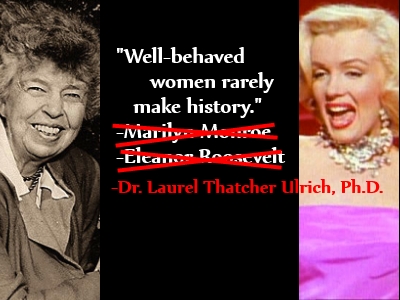 “The definition of insanity is doing the same thing over and over and expecting different results.”

–NOT Mark Twain, NOT Benjamin Franklin, NOT Albert Einstein, NOT EVEN Sigmund Freud

Repeating this quote over and over with different attributions is a kind of insanity for some people. It is almost a mark of honor to have your name slapped on this quote, but none of these luminaries ever said it, or at least never wrote it down. The first known usage of this quote is in a 1981 book from Narcotics Anonymous. Fittingly, the original author’s name remains unknown. Set the record straight with our handy, ready-to-go graphic. 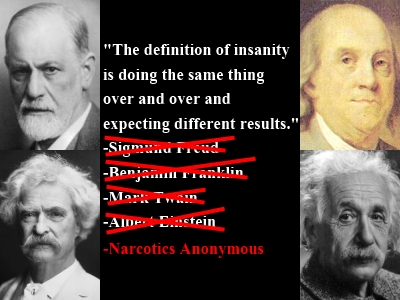