It took more than four men to make the Beatles the biggest band in rock ‘n’ roll history, as evidenced by the many people known as “the fifth Beatle.” Fellow musicians, industry insiders, even a music journalist – it seems almost anyone who was intimately involved with the creation and maintenance of the Beatles managed to earn the title.

It took more than four men to make the Beatles the biggest band in rock ‘n’ roll history, as evidenced by the many people known as “the fifth Beatle.” Fellow musicians, industry insiders, even a music journalist – it seems almost anyone who was intimately involved with the creation and maintenance of the Beatles managed to earn the title. Visit the links below to learn more about some of those “fifth Beatles.” 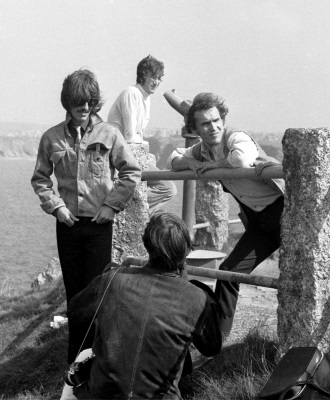 Five Fifth Beatles: It’s been said that you could form a whole new band with all the people who have been called “The Fifth Beatle” over the years… maybe even a chamber orchestra. The title is applied to early bandmates who didn’t stay with the band, to managers and roadies and producers, to frequent collaborators and even folks who just played on a Beatles song or two. One of those Fifth Beatles, Neil Aspinall, died five years ago today. In his honor, we’re remembering a few of the Fifths who have passed away. Read more

Billy Preston: Preston’s partnership with the Beatles began in early 1969 when friend George Harrison recruited him to play on “Let It Be,” a back-to-basics film and record project that nearly broke down because of feuding among band members. Harrison himself quit at one point, walking out on camera after arguing with Paul McCartney. Preston not only inspired the Beatles to get along – Harrison likened his effect to a feuding family staying on its best behavior in front of a guest – but contributed a light, bluesy solo to “Get Back,” performing the song with the band on its legendary “roof top” concert, the last time the Beatles played live. He was one of many sometimes labeled “The Fifth Beatle.” Read more

Beatle Number Five, Brian Epstein: “If anyone was the fifth Beatle,” McCartney told the BBC in 1997, “it was Brian.” He’s speaking of Brian Epstein, who managed the group from their early Liverpool days, through the peak of Beatlemania, and into their experimental phase before his unexpected death 45 years ago. Given the enduring popularity and influence of the Beatles, it’s worth taking another look at the man who launched a franchise still going strong nearly 50 years later.  Read more

Neil Aspinall: A Liverpool school chum of McCartney and Harrison, Aspinall was The Beatles’ first road manager and would drive them to gigs in his van. He later became their personal assistant, and in 1968 was given a management role at Apple Records, the band’s own record label. As head of Apple Corps, Aspinall was executive producer of the hugely successful “Beatles Anthology” album and was behind other successes, including the “Beatles One” album. Read more

Tony Sheridan: Former Beatle Paul McCartney said on his website that Sheridan “was a good guy who we knew and worked with from the early days in Hamburg.” Sheridan was born in Norwich, England, on May 21, 1940. He went to Hamburg in 1960 with a makeshift band, the Jets – and during his time in the German port city was backed by the Beatles. Sheridan and the Beatles together recorded “My Bonnie,” released in 1962. Read more 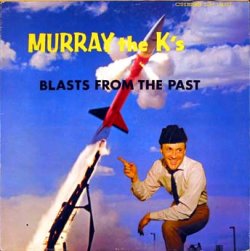 A Blast From the Past With Murray the K: Integration wasn’t the only way Murray the K was forward-thinking. As the times changed, so did the music – and Kaufman was on top of each new style. Starting as one of the first supporters of the Beatles (and often calling himself “The Fifth Beatle”), he moved on to champion folk rock and to become one of the first FM DJs to play full album versions of long songs by artists like Bob Dylan instead of the shortened singles common on AM radio. Read more