By Legacy Staff May 8, 2013
0
FacebookTwitterEmail

Maybe there is something in the water in Mississippi. Recently a couple of well-crafted obituaries, filled with humor and love, have been posted from that state. 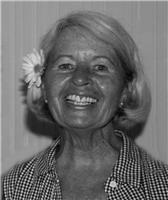 Maybe there is something in the water in Mississippi. Recently a couple of well-crafted obituaries, filled with humor and love, have been posted from that state. Last month, Amanda Lewis’s tribute to her dad, Harry Stamps, went viral and ended up on ABC News for its loving and humorous detail. This week, Jean Larroux and his sister Hayden Hoffman delighted family, friends and total strangers with a mostly hilarious tribute to their mother, Antonia “Toni” Larroux, 68, who died at the end of April in Bay St. Louis, Mississippi.

Though Toni actually died following a stroke, the two siblings decided to have some fun with her passing:

Toni’s son Jean (pronounced the French way – he was born in New Orleans, after all) said he, 42, and Hayden, 40, wrote the outlandish obit in the hospital cafeteria as their mother was dying. “It was fun to be able to write it – we just howled together,” he said pointing out that only cats contract feline leukemia and scurvy is pretty much non-existent these days.

Call him The Irreverent Reverend. Jean F. Larroux III, the senior pastor at Southwood Presbyterian Church in Huntsville, Alabama, says himself he’s not a “cheesy, hyper religious preacher.” And he is quite convincing that his mother would have appreciated the obituary filled with half-truths, made-up outrage and an occasional fact.

“She would have laughed her head off,” he said noting that a story in The Daily Mail (London) called it “disturbing.”

Read some of these excerpts and judge for yourself:

She had previously conquered polio as a child contributing to her unusually petite ankles and the nickname “polio legs” given to her by her ex-husband, Jean F. Larroux, Jr. It should not be difficult to imagine the multiple reasons for their divorce 35+ years ago.

(Though she did not have polio, Jean said, she did have tiny ankles and even though her ex-husband did call her “polio legs” they remained close until her death.)

Toni previously served on the board of the Hancock County Library Foundation. Ironically, the only correspondence she has received from the library since her resignation has been overdue notices for several overdue books…

(She definitely did work for the library and, Jean says, did receive overdue slips.)

She considered Aaron Burrell to be a distant grandson (not distant enough) and had the ability with family pets to usher them toward heaven at an unrivaled pace. Her favorite activity was sipping hot tea on her back porch with friends seated around her porch ensemble from Dollar General (again, not kidding.) This will be sold to the highest bidder at her garage ‘estate’ sale. Any gifts in her honor should be made to the Hancock County Library Foundation (to the overdue book fund.)

Weren’t Aaron’s feelings hurt by this reference? Jean says absolutely not. Aaron and Jean’s son – Jean IV, Toni’s real grandson – lived with her during their senior year in high school and she beamed equally for them when they graduated. The Waffle House was their weekly haunt. Waitresses there all signed a mug, Jean said, to be buried with the ashes.

“The whole thing has to be read in that frame of mind,” Jean said. “People who knew her were laughing their heads off.”

Noting that no one wearing black would be admitted to the service, the obituary also said:

Her memorial service will begin at 11:00 a.m. (another true statement.) It will be led by Rev. Curt Moore of Orlando, Florida, a questionable choice for any spiritual event, but one the family felt would be appropriate due to the fact that every time Toni heard Curt preach she prayed for Jesus to return at that very moment.

True to the spirit of the obituary, Rev. Moore ended the service by throwing out Mardi Gras beads and leading the assembled family and friends in a lively rendition of “When the Saints Go Marching In.”

As Jean and Hayden went through the storage building, they were “laughing and crying looking at pictures and other things,” he said. “We miss her so bad, and we just promised each other we’d keep calling back and forth because that’s the connection we’ve got to remember.” Unable to resist one last quip, he added: “I’m just really glad to know she did love me best. My sister was the one who put that in the obit!”

Written by Susan Soper. Soper is the author of ObitKit™, A Guide to Celebrating Your Life. A lifelong journalist, she has been a reporter with Newsday, writer for CNN, and Features Editor at the Atlanta Journal-Constitution, where she launched a series called “Living with Grief.”

In obituaries, Juneteenth memories are held as precious