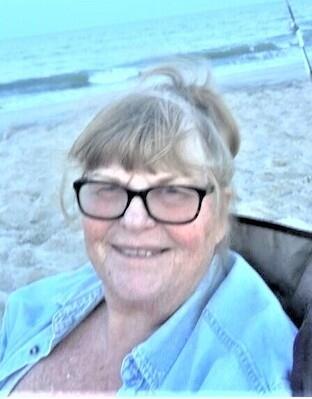 Not the right person? See All ›
AGE
75
LOCATION
Pittsville, Maryland

Adella grew up on a large farm in Iowa before beginning her career life. She worked as a civilian employee for the Department of the Navy and the Social Security Offices. She had a long history working with the US National Parks System, working as a purchasing agent for Fire Island National Seashore from 1973-1981, Roosevelt-Vanderbilt National Historic Sites from 1982-2005 and then for Assateague Island National Seashore in Maryland from 2005-2015. She also went on countless tours with the crisis management team in the Military Air Fire-Fighting system where she obtained good and services for all of the ground personnel. Adella loved horseback riding, beaches, and traveling, especially to Hawaii. She loved sitting at Assateague shore and watching the wild horses. A former lady's auxiliary member of the Parsonburg and Pittsville Fire Departments, Adella also volunteered for the Red Cross.

Later, she was involved in the Department of Aging; driving seniors to their doctor's appointments. She also worked as a bus aid transporting children with special needs to school. Her hobbies included knitting and crocheting always found joy in donating her creations to those in need, whether it be area nursing homes or for wheelchair-bound veterans. She also worked with her beloved English bulldog Matilda to achieve therapy dog certification, which they would also use to bring joy to those in need.

A brother Dale Hansen predeceased her.

Cremation and memorial arrangements are under the guidance of the Joseph V. Leahy Funeral Home, Inc. 27 Smith Avenue, Kingston, NY. www.jvleahyfh.com A memorial service and celebration of Adella's life will be announced.

Della was one of best persons I have ever known. She was kind and loved to cook. I enjoyed spending time with her exploring Rhinebeck, while we both worked for the National Park Service. I'm going to miss her friendship.

Never miss an update about Adella. Sign up today.