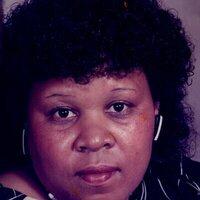 On the morning of Thursday, February 11, 2021, the Lord Jesus gently delivered her from all sickness and suffering and took her home "where there shall be no more crying, pain or death, for the former things are passed away.”

Adlean was baptized at an early age and joined Roanoke United Christian Church in Boyton, VA where she remained a member until her death.

Adlean was educated in the public schools of Warren County, NC. She worked in the Prince George’s County Public School System in Maryland, before coming back to North Carolina to work at Bracey Truck Stop in Bracey, Virginia and Chex Truck stop in Middleburg, North Carolina. Before getting sick, she was employed as a Home Health Aide.

Adlean loved her husband,Thomas endlessly. In addition, she dearly loved her family.

Known as the “Flea Market Queen” “Weasel” loved to shop and talk.  She would call you up and say “Hello, what you doing?”  Then she would just talk, talk, talk.  Her conversations, most of the time, would end up like this: “Let’s do or let’s go.”  She had two quotes when she couldn’t give you an answer: (1) “Look to the man upstairs” and (2) “You better stick to the man with the plan.”

We believe that on February 11, 2021, she heard the man with the plan (Jesus) call her name, and she whispered to him, “Precious Lord, take my hand, lead me on, and let me stand. I’m tired, I am weak, I am worn.  I been through the storm, through the night, lead me on to the light.  Take my hand, precious Lord and lead me home.  I’m Ready.”

Our condolences and prayers are with you. May God continue to keep you wrapped in his arms. We love you!
The Wright Family

May God's grace and mercy strengthen and comfort your hearts in the days ahead!

May God's peace which surpasses all understanding comfort your heart and strengthen you in the days to come.

May the love of friends and family carry you through your grief. Praying

Almost 4 year's ago I lost my mother. On February 11 my step mom passed away. But I know without a shadow of doubt God got it all in control and he will see us through. I say to my dad hold on to God's unchanging hand and everything will be alright. Much love Shirley.

Never miss an update about Adlean. Sign up today.