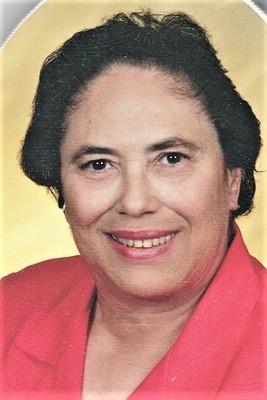 Interment will be in Immaculate Conception Catholic Cemetery.

Share words of comfort with the Bush family at www.williamsfuneralhomes.net

Funeral arrangements are entrusted to Williams Funeral Home of Opelousas, 337-942-2037.

I was so hurt when I came across this announcement, you keep saying you would visit soon but it is never soon enough, Agatha took time to know me as her new family sharing genealogy and lineage through the Creole Heritage Center on NSU campus in Natchitoches . She really got into my heart and soul, I will miss her so much.. My Goudeau/Rideau family history has been her legacy documented. GOD BLESS her family.

Andre & Family
We will always remember your mother and your family in our prayers. Rev. James Fallon,SSJ &
Immaculate Conception Staff

To Andre and Family:
May the good Lord provide you strength and peace in your time of need. I will keep you in prayer.
- Gidget Borne

Sending my deepest sympathy to you and the Bush Family. May God be with you and your family during this time. I will keep you in my prayers.

Andre my Mom and I are sending our deepest thoughts and prayers for you and your family. May God and his Comforting Ministry rest upon you and your Family.

My condolences to the Bush Family .

Andre , May you have strength to continue on during this time of loss of your mother. My prayers are with all of you. May Aggie Rest In Peace.

Andre, my deepest sympathy to the Bush Family. I'm very saddened to hear of your loss. May the love of family and friends and your wonderful memories bring you comfort at this difficult time. My prayers are with you and family.
Liz Garza

My sincere condolences to the Bush family.

Andre you and your family are in my thoughts and prayers.

Never miss an update about Agatha. Sign up today.