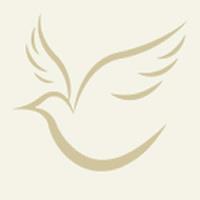 Agnes was a first-generation American, the youngest of 6 children born to Dmitri Petach and Anna Kachur Petach. She lived her childhood in Port Vue, Pennsylvania, a small steel town of 3,500 residents. Agnes and Gerald “Jerry” Campbell met on a blind date (to which Jerry was an hour late), and married in January 1955 after his tour in Okinawa. Sons Richard and Jeff were born in the East Rochester area before the family packed up and moved to California. Phillip and Ray were born in the Los Angeles area before the family made a final move to the Coachella Valley in 1963.

Through the first 20 years of marriage, Agnes proved to be the steadfast pillar around which the men in her life orbited. She and Jerry had a typically active social life, bowling, and going to gatherings at Saint Theresa’s Catholic Church in Palm Springs, the Elk’s Club in Cathedral City, and in assorted other circles. Agnes was not one of those people who are prone to brag about themselves, but she did mention more than once that she had been “a pretty good bowler.”

Agnes spent most of the decade of the sixties wrangling, herding and occasionally hog-tying 4 boys as they careened into adolescence, and a husband on top of all that. She served as the household’s judge, jury and jailer, encouraging cooperation, moderating disputes, and occasionally washing mouths out with soap. Many Saturday nights, she and Jerry would preside over family games of Tripoli as their tribe of hard-core gamblers played for pennies and bragging rights. On trips to the local drive-in theaters, she always provided the grease-stained paper bags of popcorn, the camp chairs, and a fine selection of store-brand soda pop. In 1969, while on an epic cross-country vacation trip, Agnes was instrumental in keeping the boys awake very late one summer night to watch Neil Armstrong take his first steps on the moon. Thanks, mom!

Starting in the seventies, Agnes took on secretarial work, most memorably working in the attendance offices at Palm Springs High School. This had the added effect of reducing any class-cutting by her sons. It was at this time, after a devastating accident, that Jerry retired from civil engineering and began an unanticipated career as an alcohol and drug abuse counselor. It was Agnes who suggested he apply for a deaconate position in the San Bernardino diocese of the Catholic church. Not too long afterwards, Jerry and Agnes embarked on their longest adventure yet, serving as deacons and RCIA catechism instructors, beginning at St. Theresa’s, then at St. Elizabeth of Hungary’s church in Desert Hot Springs. They became known collectively as “Agnes-and-Jerry,” or “Jerry-and-Agnes,” and their community service lasted for over 40 years, and culminated one surprising day in being awarded the Pro Ecclesia et Pontifice cross by Pope Benedict XVI, the highest distinction given to lay members of the church.

Unsurprisingly, after the medals were mounted on their dining-room wall, Agnes and Jerry continued as they had done since their service to the church began: counseling engaged couples, helping out at the food pantry, and participating in masses. They retired in 2017-2018. I am confident that if you asked, Jerry would tell you that Agnes was the quiet muse behind much of his change and spiritual growth.

Agnes enjoyed traveling and seeing new places. After all of the sons had moved out, she and Jerry were able to travel across country many times to visit relatives, and to Europe, Egypt and the Holy Land. Later, in their early 80’s, they traveled to Europe, and then the Caribbean with one of their sons’ families. She and dad both observed that they mysteriously had a lot more money available for travel when not feeding 4 adolescent boys. Agnes noted that one of the happiest times in her life were those years when she and Jerry could just “pick up and go” somewhere, out there, on the spur of the moment.

Agnes also enjoyed being a grandma, and spending time with any and all of her grandkids – but especially with the granddaughters! She said on more than one occasion that getting to do “girl stuff” with her granddaughters “made my life much more meaningful.” I suppose that after living a few decades in an otherwise all-male house, hanging out with the girls was especially refreshing. Every one of her grandchildren, however, can rest assured that she loved each and every one of them very much, and each for their own personalities and talents and quirks, etc. You are all loved.

Following Jerry’s death in 2019, the boys arranged to have Agnes move to Texas, so that she could be closer to her eldest son. She lived there for just over one year, during which she got to meet her first great-grandchild, Clementine. She survived Jerry by a year and a half, and still mourned his passing at the time of her death.

Agnes possessed a keen intelligence, and an understated, dry, incisive wit, which she brought into the family from the Petach side. She passed both qualities on to all her sons, who continue to this day the tradition of making quiet off-hand remarks. She perfected in us the ability to make a statement that is simultaneously profound, serious, and humorous. She was steadfast, although she herself could not tell you how much of that was intentional versus accidental. Nevertheless, she was the foundation stone for our family.

Agnes Petach Campbell was preceded in death by her mother and father, her four sisters Emma, Olga, Marie, Evelyn and brother Steve, her first child, daughter Anne, and her husband of 64 years, Jerry. She is survived and still loved by her four sons, 7 grandchildren and 1 great-grandchild.

Never miss an update about Agnes. Sign up today.