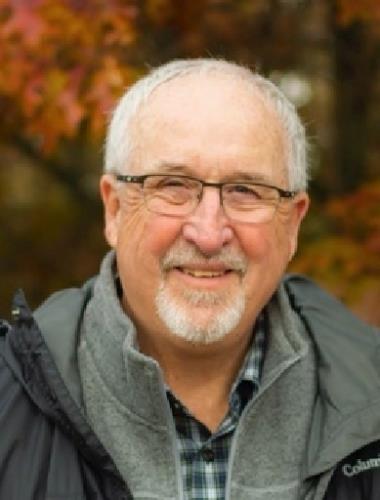 Not the right person? See All ›
LOCATION
Flushing, Michigan

Miller, Alan J. of Flushing, age 73, died Thursday, May 28, 2020, at his home, surrounded by loved ones. Cremation has taken place. A celebration of Alan's life will be held at a later date. If desired, memorial contributions may be made to DetroitBulldogRescue.org. Alan was born in Flint, Michigan on November 16, 1946, the son of Arthur and Myra (Kolbe) Miller. He married Cathy Fairbanks on February 10, 1973, in Flint, Michigan. Alan proudly served in the U.S. Army. He retired from his position as a GM salaried employee in 1997, after 30 years of service. He loved spending time with family, which included his beloved dogs and grand-dogs, collecting, riding his Harley, RV'ing and enjoying nature. He enjoyed keeping up with old friends as well as making new ones wherever he went. Alan is survived by his wife of 47 years, Cathy; children Allison (Steven) Piatt, Rebeka (Sarah Seelye) Miller, pup, Winston; grand-pups, Bailey, Zoe, Emma, Woody; nieces Kelly, Michelle, nephew Casey, sister-in-law Kathy; cousins, lifelong and special friends, and his Gander crew. He was preceded in death by his parents; brother, Scott; his beloved pup, Lilly, and grand-pup, Gibby. "On the court or in the hall, Alan's the one who's liked by all."

Cathy, Allison, Sarah.
Our prayers & heart go out to you in your (& our) loss. Al always brought joy & laughter into my life every time I was around him. We traveled different roads thru our lifes, but whenever events brought us together, it was like we were never apart.
All our love
Joe & Judy Kolbe

Al was a great friend of mine we work together and we had a lot of good times and laughs together will miss him greatly!! My thoughts and prayers go out to Kathy and the family.

Cathy we are so sorry to her of Al. After the AYSO soccer days I saw him probably 5 times in passing. Each time was like Christmas morning catching up. Al was such a fine gentleman to all. Please call if we can ever assist you in any way.
Warm loving regards,
Bill and Marsha Karas
Flushing

A sincere friend whose passion for the outdoors was unmatched by anyone. Fishing, hunting and just long talks of doing things in the outside was always enjoyable with Al. He will be missed by all that came into his life. I wish we had more time..... Take care Cathy
John Cameron

Al & Cathy are some of our great RV friends! Al was my sugar buddy he liked sweets as much as I do! Always smiling. Loved his wife and doggies! Rest In Peace dear friend!

Al was a very good friend of mine, I will miss him, thinking back there been many good funny memories, my thoughts and prayers go out to the whole Miller family. A good man left us way too soon.

Cathy and family. I am so sorry for you loss. Working with Al at Gander and hanging out with you guys was always brings back such happy memories. Al was a great guy. He will be deeply missed. My prayers go out to you and your family.

So sorry for the loss of your loved one. May God watch over all of you in this difficult time. You will be in the prayers of all of Alans classmates, he will be missed.

Cathy, Rebecca and family. I am so sorry. Sending you my thoughts and prayers.