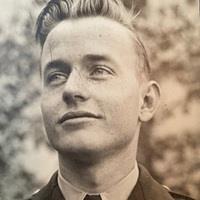 Remembered as a true gentleman and scholar, Albert P. Taylor Jr. was born in Charleston, SC, the son of Albert P. Taylor and Dorothy Lee Gooding Taylor. He retained throughout his life a deep sense of pride and love for the city of his birth, the multi-generational home of his ancestors. Albert graduated from Clemson University in 1951 as a distinguished military graduate earning a Bachelor’s degree in Economics. He was then commissioned as a 2nd Lieutenant in the United States Army Signal Corps. Albert then served post World War II in Germany as a Telephone and Teletypewriter Outside Plant Officer, Company A, 322d, Signal Battalion, U.S. Army Europe. Promoted to 1st Lieutenant, he was awarded the National Defense and German Occupation medals. After discharging from the service, Albert remained in Germany as a Civil Servant working in the same capacity for the U.S. Army. It was in Europe where is love for languages was fostered, speaking German, French, and Spanish fluently. Upon returning to the United States, he enrolled at Woodbury University in Los Angeles earning a Bachelor’s in Business Administration in 1959. Employed as an Accountant through the State of California Department of Corporations, he retired 34 years later as a Special Administrator of Credit Union law for state-charted credit unions. Throughout his career, he was a strong advocate of credit union philosophy which largely focused on members having a voice in membership concerns and changes within the organization. He remained a life-long connoisseur of music, history, and the arts, often playing the piano, guitar, and accordion for family and friends. In retirement, he fully enjoyed being an active participant in many conversational language classes and specialty groups, where his passion for travel and knowledge of cultural diversity remained with him throughout his life. A loving husband and father, he lived his life in a manner that will always be deeply remembered by all who knew him. Albert is survived by his loving wife of fifty-seven years, Rosemarie; his daughter, Katherine and her husband, Dale, grandchildren, Garret and Katelyn and beloved nieces and nephews.

A graveside ceremony followed by military honors will be conducted Tuesday, March 9th, 2021 at 11am, at Holy Cross Cemetery located at 17501 Nacogdoches Rd San Antonio, TX 78266.

Memorial donations may be made to the Alzheimer's Association, the Lewy Body Dementia Association, and
the Arden Courts Memory Care Facility.

Never miss an update about Albert. Sign up today.