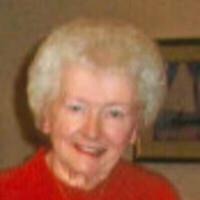 Alberta (Wright) Davis, beloved wife of Norman Davis, passed away on Thursday June 11, 2020 at Crescent Point Assisted Living of Niantic, with her husband by her side.  Alberta was born on December 27, 1929 and grew up in New London.  Adored by her family, she was an excellent student and especially enjoyed reading and writing.  Alberta often wrote letters published in the Children’s Corner, a column in The New London Day newspaper.  She dreamed of becoming a journalist.

Alberta graduated from Williams Memorial Institute in 1948.  In 1950 she received an Associate’s degree from Mitchell College where she met Norman Davis, the love of her life.  They married in October of that year in New London while Norman was in the Army.

Unable to find employment in her dream job, she was hired by a small accounting office.  Her boss was a woman, which was very unusual in those days.  The skills and experience she gained there not only became important in her professional life but also in her personal life.  She worked for many years as a bookkeeper and as a secretary.

Alberta and Norman moved to Niantic and spent over 68 wonderful years together. They became entrepreneurs and navigated the world as a team. He was the captain and she was his North Star or perhaps it was the other way around.  Over the years they owned a number of local businesses in the New London/Niantic area.  You may have met them at their ice cream stand in the summer months or perhaps purchased a Christmas tree from them at the same stand during the Yuletide season.  Maybe you washed clothes at their laundry mat or bought a home through his real estate agency.

They both worked hard while enjoying all that the shoreline had to offer.  They spent their leisure time golfing, boating, dancing at Lighthouse Inn, listening to their favorite bands at local restaurants, walking on the boardwalk, wintering in Florida, visiting Disney World and, most of all, socializing with their many lifelong friends.

On behalf of the Davis family, we would like to thank all the people who contributed so much to their life and to Lawrence and Memorial Hospital and Crescent Point Assistant Living for granting Alberta’s final wish.

A graveside  service will be  held on Tuesday morning at 11 o’clock at Jordan Cemetery, Boston Post Road, Waterford.

I met Alberta and Norm in Riviera Beach, FL while they were winter residents there. We had mutual friends, Ethel and Otto Freytag. We all looked forward to their yearly visits. Alberta was a dear, sweet lady: kind, considerate and loving. She is missed.

We are sad to hear Alberta has passed. She and Norm were great friends to Mom and Dad Olsen. May she rest in peace.

We are so sad to hear of Alberta passing. She and Norm were great friends to Mom and Dad Olsen. May she rest in peace.

Never miss an update about Alberta. Sign up today.