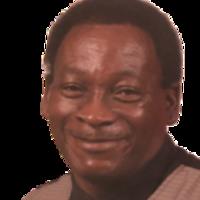 As a young adult Alexander relocated to Houston Texas.

Alexander was known by many nicknames, one to be “Jack”

Alexander began working at Mike Baker as a truck driver in Louisiana, carrying on to do the same in Houston Texas as a commercial, independent contract driver and a bus driver  for HoustonISD and ending his career path at PearlandISD for over 15 years. As well as being a great skillful man of many other talents.

Alexander had an infectious and loving sense of humor, always keeping everyone around him laughing. He was always dependable and reliable for everyone whom he encounters. He also had a special love for his grandchildren as he spoiled them all. He was a well-rounded charismatic person to everyone he met.

Funeral services for Mr. Lewis will be on Saturday October 17, 2020 at Notre Dame Catholic Church which is located on 240 Gray St., St. Martinville, Louisiana 70582.

Mr. Alexander thanks for the fun memories at Pearland ISD. You will truly be missed.

May you Rest in Heaven with no more pain and enjoy the Love of the Heavenly Father ,I will miss your smile, your friend Jackie and Lonnie Bus #197

May you rest in peace Mr Alexander from bus 257. Truly going to Miss you talking and laughing seeing ur bus 184 right next to me daily. ... Ur truly going to be miss. Blessings!!

In loving memory to a wonderful man who ALWAYS made me laugh. I'm sooo glad I had the opportunity to bond with you and Johnnie. I'M GOING TO MISS YOU!! I still look to your bus #184 at the end of the day waiting for you to get off and say " Hey Boo! Can I get a ride home?" Your passing was a complete shock to Stan and I. REST IN HEAVENLY PEACE MY FRIEND.
Allison bus # 172, your Louisiana homegirl

Never miss an update about Alexander. Sign up today.