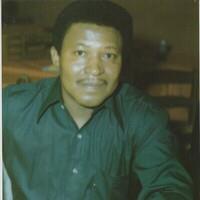 Alfred Abrams departed this life peacefully surrounded by family on Tuesday, November 23, 2021, in Henrico County. He was born on November 25, 1931 in Hanover County, VA to the late Mary Henderson and James Lee Abrams. He attended Hanover County Public Schools.

He was preceded in death by his wife Corrine Abrams, his brothers Roger, Luther, Alfred, and Horace, sister Lauretta Pleasants, and son Connie Abrams.

Alfred who was known as "Babse" was a truck driver for the Perkins Oil Company for many years. After retirement he went back to work for Hanover County Landfill until his health started to fail. Alfred enjoyed hunting and loved the Redskins.

Our condolences to the family. You are in our prayers.

Our Hearts And Condolences Go Out To You All During This Difficult Time. Prayers And Love Are With The Family.

Sandy and Jackie Our prayers go out to the Abrams family. He will be truly missed. May God strengthen you all during this time. Joseph Hunter devoted friend. Annie & Wendell Hicks Jr and family.

Our deepest condolences to the family.

My sincere condolences and prayers to the family.

May God comfort the family during this difficult time. Remember to be absent from the body is to be present with the lord.

Never miss an update about Alfred. Sign up today.