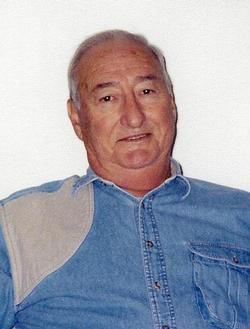 Alfred Marion Reynolds, 82 of Camden, AR passed away Thursday, May 26, 2016 at Chi St. Vincent in Hot Springs, AR. He was born December 24, 1933 in Dallas County, AR to Augustus and Clara Smith Reynolds. He was a decorated Army veteran serving in Korea and Vietnam. He was a member of Elliott Baptist Church.

He was preceded in death by his wife, Ruby Glenn Reynolds; parents, Augustus and Clara Smith Reynolds; and a brother, Jeff Reynolds.

Funeral services will be 2:00 PM Sunday, May 29, 2016 at Elliott Baptist Church with burial in Delamar Cemetery in Manning, AR. Rev. Paul Easter, Jr. will officiate the service. Visitation will be from 1-2PM Sunday at the church before the service. Proctor Funeral Home is in charge of the arrangements.

My deepest sympathy to the family of Al and Glenn Reynolds . I taught with Glenn at Camden middle school and she was a sweet friend. What a good friend and so creative a lady! I enjoyed those years in room 15 next to my friend, Glenn , in room 14.
Family, she loved you dearly. Bill, I met you at #14 when you came to see your mother.
I'm so sad to hear of their passing.
Pat Bryant Rivers

To the family: I am so sorry about Mr. Al's passing, but I know that he had a very fulfilled, Christian life, along with Ms. Glenn. They were both so good to me whenever I visited with them, and they will be greatly missed. I'm glad I was able to attend both funerals. From the sweet conversations that I had with Ms. Glenn and Mr. Al, I know that they both loved each of you with all of their hearts, and they were very proud of you. I am glad to have known them both. They will be forever in my...

Alfred (Sonny) and I went through high school together and were good friends. I remember spending the night in his home and how nice and courteous his family was. He was a quiet, thoughful young man who will be remembered by me and the rest of his classmates as well.
May his family be comforted by the words of Jesus in the Gospel of John, verses 1-6. I pray God's comfort for all his surviving family. Charles Randle

May the comfort found at Isaiah 57:15 bolster the family and loved ones of Mr Reynolds at this most difficult time.

I'm so sorry to hear about your dad and grandfather. Please know that my thoughts and prayers are with you and your family.

The Staff of Proctor Funeral Home

Never miss an update about Alfred. Sign up today.