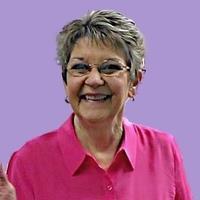 With profound sadness, we announce that Alice “Sue” Branch Jones, 75 of Texarkana, passed peacefully in her sleep on June 18th, 2020.

Sue was born on February 3rd, 1945, in Broken Bow, Oklahoma. The oldest of seven children, Sue, moved to Texarkana with her family at a young age, where she attended the Texarkana public schools.  A decade ago, Sue retired after a rewarding 25-year career with Regions Bank in Texarkana.

Sue was a wonderful mother and grandmother. She treasured her family and embraced every moment with them and especially loved her role as “Mimi.” She had a big heart, vivacious personality, and an infectious smile. Sue always knew how to make people around her feel special, including her many customers and colleagues at Regions Bank.  She made friends everywhere she went and will be missed dearly by all who knew her.

Sue is preceded in death by her parents, Marian and Roy Branch; her brothers Larry Dell Branch and Roy David Branch; and daughter- in- law Lisa Jones.

A life so beautifully lived deserves to be beautifully remembered. Family, friends, and others whose lives were touched by Sue - are invited to attend a memorial service in her honor at Texarkana Funeral Home at 1 PM, Friday, June 26th.

Memorials to the family can be arranged by calling the funeral home at 903-794-1200 c/o Roger or Richard Jones. Condolences may be expressed to the family online at www.texarkanafuneralhome.com

My husband and I first met Sue and her husband, then, Roger, in 1964. We had recently married and moved from Northern Michigan to Mt Clemens, Mich. They were living in the same apartment complex, as Roger was stationed at Selfridge Air Force base near there. We were instant friends and remained so for many months, until my husband was involved in a car accident and we were forced to return up North. We kept in touch and after we both had our first children, we visited them in Texas/Arkansas?...

Will always remember aunt Sues beautiful smile. Our thoughts and prayers are with all of you.

RIP my bestie! Love and miss you!❤

Sue was my best friend,I've known her since Junior High School . We had great times together I loved her very much and will truly miss her, I will see you again some day miss Sue. My thoughts and prayers are with Sue's Family
Linda Adair McGregor

Sie was a good friend of mine, always honest and sincere. She was an encourager to people, always saying positive things about them and to them, even to me. Her encouragement made me want to be a better person....the person that she believed I am. I will always miss her.

Ive known Sue for many years, having worked with her at The Bank, she was always a sweet generous person. I will truly miss her! Janice Nelson -

I knew Sue way back when she worked at State First National and the law firm I worked for was on the 6th floor of the bank. She was such a funny and nice girl friend. My thoughts and prayers are with Sues family. God bless.

Sue has been my good friend for almost 30 years. We sure had some good
Times together I remember we laughed a whole lot. She will be missed by so many. Too many to mention Im sure.
I hope God has put you in a clear plastic ball (inside joke)

Never miss an update about Alice. Sign up today.