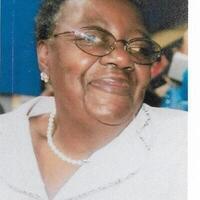 On Saturday morning, June 13, 2020, as the birds were waking, Alice Howard Davis Scott went to her Heavenly home of rest.

Alice was born June 10, 1929, the youngest of three children born to the late Richard Davis, Sr.  and Dorothy Lucille Hamlett Davis in Brookneal Virginia.  Her siblings Richard Davis, Jr. and Mattie Elliotte, preceded her in death.  In 1950 she was united in marriage to the late Angress F. (Mutt) Scott, Sr.  To this union two sons were born.

Alice was educated in the Campbell County school system in Rustburg, Virginia.  She attended the Roanoke Valley Nursing Assistant School where she received CNA certification.  Alice was the first black short-order cook at S. H. Kress & Co. in downtown Roanoke.  She was a valued employee of Singer Furniture Company for 22 years.  Alice loved working with children and worked as a substitute teacher for the TAP Head Start Program.  She also worked as the deli manager at Amoco Food Shop in Salem, Virginia.

Alice accepted Christ at an early age at the Mount Zion Baptist Church in Redhouse, Virginia.  Upon her relocation to Roanoke, she joined Central Baptist Church, and later joined Pilgrim Baptist Church where she served faithfully as a member of the Missionaries and Senior Choir.

Mrs.Scott. was a dear lady, and I was blessed to know her. My sympathies to her family and loved ones.

We are sorry for your loss! We pray that God will give you and your family the strength and comfort needed to carry on in this life.

To the family of Mrs. Alice Scott
We the members of the Lucy Addison Class of 1969 offer our prayers of love and support as you celebrate the life of Sis. Scott. We share in your loss for her son Angress is an adopted classmate. He graduated from William Fleming and we were at 1220- Fifth Street but the same God watched over all of us. As Angress proceeded to Virginia Union University and then making Richmond his home, we stayed in touch. We offer our prayers up to our God watching over...

To the Scott family for the loss of Mrs Alice Scott. Wonderful to have known Mrs Alice and will cherish her memories that was shared throughout the years. May prayers and the fellowship of family and friends give to your heart comfort and peace knowing other care.
Love
Kay Jessup

What can I say to Mother Scott who encouraged us along the way,
We thank God for her smile and joyful laughter this day,
Peace and comfort to your family and friends,
Sweet rest Mother Scott as new life in God begins!!!
WELL DONE!

Grief can be so hard, but our special memories help us cope. Remembering you and your loved one today and always. James Porter & Family.

Never miss an update about Alice. Sign up today.