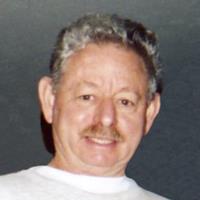 Allen Robert Carson, 81 of Morrow, Ohio and formerly of Northern California, passed away peacefully in his sunroom on Sunday, September 20, 2020.

Allen known by all as Al or Captain Shark.

At age 5 he started fishing at Fisherman’s Wharf San Francisco with his Aunt Shirley. This began his lifelong passion for fishing. He graduated from San Francisco Polytechnic High School and played Semi-Pro Soccer in San Francisco. He was a proud Veteran serving in the Navy for 7 years, eventually settling in Cincinnati with his good buddy Jerry Cox. In Cincinnati he met his future wife Katherine Frye aka Junie or Kit Carson. Married July 1, 1961 at Auburn Methodist Church by Reverend Mayfield of Christ Hospital.

They settled back in the Bay Area along with Kits brother, Kerry Frye. In San Jose he worked for 30 years at Pacific Bell and 5 years at NASA.

Fondest memories were with his best friends Krause, Lafflins, and Childress. Once the 3 children were grown, they retired to Paradise CA for 20 years. In Paradise he was very proud to get his Captains license from the Coast Guard - ‘CAPT SHARK’ had a guide service fishing all over Northern California and Mexico. He was an invited Seminar speaker at the home and boat shows, enjoyed his weekly Bowling League for years and President of the Fishing Club.

During the San Francisco California 1989 earthquake Allen hosted a Front Yard BBQ for all the neighbors. In 2018 they lost their home in the Paradise Camp Fire relocating back to Cincinnati to be near Jennifer and family. The Entire Town of Paradise was lost to the Fires. He lived at Otterbein Retirement Community in Lebanon Ohio for 15 months, making wonderful new friends.

Private services will be held at the convenience of the family.

You are the LOVE OF MY LIFE and I miss you greatly!

RIP Al. He was always a joker at work.

Al was a good man, did his job well at PacBell, and always had kind words for all. Went fishing with him on San Francisco Bay a few times. He loved fishing and safety came first. Role model for all. Sorry for family loss.

Allen’s affection and kindness towards everyone at our holiday family gatherings along with his jovial laugh and sense of humor are among my happiest memories of him. His adoring love of Kathy, Randy, Jennifer and Colleen was apparent and heart warming. The time he brought Stephen & I boating on San Francisco Bay was so thoughtful and incredibly memorable! I could clearly see his unique love and connection in boating as he skillfully maneuvered the boat through the choppy ocean waves. You...

I was so sorry to hear about Al's departure to his next chapter of great fishing. There's one memory I had with Al fishing in the San Francisco Bay, I thought I would share you. We were fishing for Shark, both of us having great luck keeping us on the water later than we should have been. When it was time to depart Al says to me well we probably stayed out later than we should have but that's ok. "He was the calm before the storm". He said, we can go really slow and not get wet or...

Uncle Al you were always one of my favorites. You always were the life of the party. So loving, funny and an amazing man. You will always be missed dearly. My dad Kerry Frye has so many memories of you and has shared so many As well as my mother Jeannine Frye. And the list goes on. So many loved and adored you as well as I. There are too many to list but I know my dad always has thought of you as a brother and he always will. We will see you again in heaven. Love you so very much❤

My Dad was my hero! He was always there for me when I need him & I was there for him as well. Some of my fondest memories were when he took me & my family fishing with him to Lake Tahoe.
He was more then just my dad as he was the best fisherman & father one could ever ask for!!! Dad You will always be right here with me in my heart! Love & miss you always!

I love you grandpa and won’t ever let the boys forget you. I’m just so happy to of had the last year with you and I promise I’ll always take care of grandma. Thank you for being such an amazing grandfather and showing us to good outdoors.

Al it was my great pleasure to get to meet you when you came to Ohio. I wish i could have learned to fish from you because I do love fishing too. I believe we will get to do hat fishing lesson in Heaven oneday by the Crystal Lake. Blessings to you