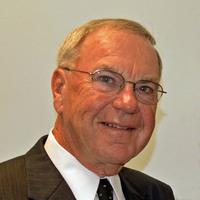 Allen J. Newton, age 77, passed away July 31, 2020, comforted by his family, following a brief battle with health complications.  Allen was born in Morrisville, Vermont on August 9, 1942 to Roger G. Newton and Cornelia Marshall Newton.  An exceptional athlete, he spent his childhood involved with all the local sports.  Never missing a day of school, he graduated from Peoples Academy High School in 1960 and earned a degree in Civil Engineering at Wentworth College in Boston in 1962.

Allen married his high school sweetheart, Prudence Joy White on November 30, 1963 and together they raised three children, Kevin, Marc and Shellie.  He started his professional career with the State of Vermont Highway Department and went on to co-own Newtown Surveyors with Richard Towns for many years.  He also worked for Central Vermont Railway and H. A. Manosh Corp. all the while running his own survey business.  He was in the field still working just weeks before his passing.  There are few, if any, corners of Lamoille County he wasn’t familiar with and made sure his young grandchildren could recite all of its towns alphabetically.

Allen was a member of the First Congregational Church in Morrisville.  He was a 54-year member and Past Master of Mt. Vernon Lodge No. 8 in Morrisville.  An avid golfer, he was a longtime member of Copley Country Club and enjoyed golf outings around the State and at many courses from here to Florida where he and Prudy enjoyed snowbirding to shorten the Vermont winters.

Allen is survived by his loving wife Prudy and their children, Kevin and Joanie Randall Newton, Marc and Kristy Robare Newton and Shellie and Tim Tierney; his grandchildren Konnor and Trevor Newton, Joshua, Kaleigh and Kaitlyn Newton, and Ellen and Mairen Tierney.  His brother-in-law Jack White and his wife Barb, sister-in-law Melissa White Rose and several nieces and nephews.  He is preceded in death by his parents.

A graveside service will be held at the convenience of the family.  In lieu of flowers, donations in Allen’s memory may be made to the Lamoille Area Cancer Network, 198 Farr Avenue, Morrisville, VT 05661.

Faith Funeral Home is assisting the family. Online condolences may be made by visiting faithfh.net..

My condolences, Prudy, to you and your family. I regret that our classmates were unable to have our 60th reunion due to the Pandemic. You had a wonderful picture of Allen. Made the 60 yrs seem like yesterday in attending PA. Loved that school and have many happy memories there. I think my favorite was the two yrs taking part in the Minstral Show. Seeing the guys doing the "cake walk", the jokes, skits and musical numbers were excellent,. I'm grateful to have those memories...

Kevin and Family, Our deepest sympathies go out to you and the entire family during this time. I never met your Dad but it was always obvious when you spoke of him how much he meant to you, your family and the community he loved. Rest In Peace Sir..

So very sorry Prudy and Family on your loss. We were honored to have gotten to know Allen as a professional as well as a neighbor.

Prudy, I was very sorry to learn of Allen’s passing. He was a good guy in high school, and though I haven’t seen him in many years, it’s clear that he devoted his life to his family and his community. That’s a successful man. My thoughts and sympathy are with you and your family at this sad time.

IT IS WITH GREAT SADNESS THAT WE RECIEVED THIS NEWS AND THERE WII ALWAS BE WONDERFUL MEMORIES OF SUCH A FINE GENT IN OUR HEARTS.WE WILL TALK LATER. HUGS FOR YOU,PRUDY, AND YOUR FAMILY. GIZ AND SANDY