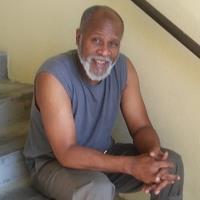 Mr. Allen Frederick Thomas, 59 of Chicago, IL, passed away on Thursday November 28, 2019 at Levine & Dickson-Huntersville.  He was born January 11, 1960 in Chicago, IL, the first child born to Veria Thomas.

Allen was affectionately known as Pookie, Cee Eyes and Fred.   He was educated at Thornton Township High School in Harvey, IL.  Allen met Beverly Ward at her sister's house.  He and Beverly married in 1993 and became a blended family.

Allen gave his life to Christ at an early age.  He loved his family and friends and would do anything to help people in their time of need.

He was preceded in death by his mother, Veria Deloris Thomas.

Rest In Peace my brother. So sorry you're gone. Love you forever ❤

I will always love you rest in heaven big brother

We are going to miss you, R.I.P