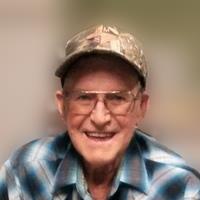 Alton Ray Smith 73, passed away Saturday, March 14, 2020 at Crestpark Dewitt Nursing Home after a long illness. Alton was born on June 23, 1946 in Clarendon, Arkansas to Grover and Maurine Hudson Smith.

Alton is preceded in death by his parents; his wife, Janis Pittman Smith and their only child, Alan Lee Smith.

Alton met his wife Janis Kay Pittman in Dewitt, Arkansas. They were married in December of 1969 and made their home in DeWitt. Their only child Alan Lee was born in 1971. Sadly, they lost Alan when he was only 18 years old.

Alton was an avid hunter and fisherman. His happiest times were spent in the woods or on the water with best friend Ray Grammer.

Alton tried other jobs, but he always came back to farming. He truly enjoyed being on a tractor and working the soil. Over the years, he mentored many a young farm hand in the art of hard work! He finally found his home on the McClain Farms in 1995 where he was employed until his “semi” retirement. It was hard for him to completely give up those tractor rides!

Memorial Services are pending at this time.

I grew up in Clarendon , we were always going to their house or they were at ours , I loved them all like family, some of the best folk to grow up with., I love you all and am so sorry about Altons passing, When I get another trip I'ii get in touch with you Alice, Again I am sorry and all of you are in my heart, god bless you all. Lois "Morgan" Thomas.

Never miss an update about Alton. Sign up today.