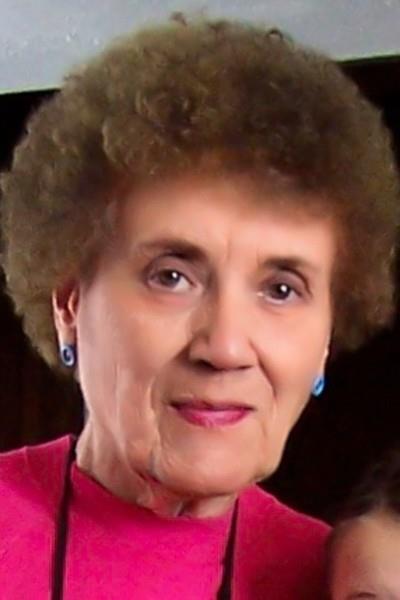 Not the right person? See All ›
AGE
90
LOCATION
BASIN, Wyoming

Alveretta Jensen Winters died peacefully surrounded by family at her home near Otto, Wyoming on Wednesday, December 18, 2019.  She was born on May 26, 1929 in Burlington, Wyoming, the seventh child of Hans Frederick Jensen and Sarah Ann Clifford Jensen.  Although when asked her age she would respond by saying, “Old enough to vote,” she had reached the age of 90.

Alveretta lived a full life.  She attended grade school and high school in Burlington, Wyoming participating in many activities. She married her sweetheart and eternal companion, Donald Dalley Winters on May 15, 1952 at her sister Ila’s home in Burlington, Wyoming.  They were sealed in the Idaho Falls Temple on June 5, 1952 and together they farmed near Otto, raising a daughter and a son, Andrea and Mallory.

Alveretta was a lifetime member of the Church of Jesus Christ of Latter Day Saints, serving in many callings including Young Women President, Sunday School Teacher, Sunday School Secretary, Junior Mutual President, and in her later years spent time as a Visiting Teaching Coordinator which required many phone calls.  Alveretta loved to cook, and spent 22 years cooking in the lunchroom at the Burlington Schools and also cooked at Parkers Cafe.  In her younger years she picked or sorted beans at a facility in Basin.  She helped her husband take care of the family farm and animals.  She was a member of the Otto TOPS club and spent many years serving on the Otto Election Board.

Alveretta loved to dance.  She loved to visit with people and cared about people.  She visited with many by phone as travel became harder for her to do and had special friends through that connection.   Donald grew large gardens and planted orchards.  Alveretta could quickly take care of that produce by canning and freezing it and sharing it with others.  She worked quickly with her hands and had a great memory for recipes.  She loved to sing and knew all the old songs.  Angel food cakes from scratch were her specialty.  She loved to read and kept her library card well used for most of her life.  She liked her newspapers and ardently kept news clippings of her children, grandchildren, relatives and friends.  She crocheted and also made quilts for all of her grandchildren.

She is survived by her son, Mallory Winters and his wife, Alesia of Bedford, Wyoming;   daughter, Andrea Tolman and her husband Bill of Otto, Wyoming; 10 grandchildren, 1 granddaughter-in-law and 24 great grandchildren.  She was preceded in death by her husband, Donald Winters; brothers Eldon, Ronald, Joseph Lyle, and Theodore Jensen; sisters Leona Wegner and Ila Tonkovich; one grandchild and one great grandchild.

Never miss an update about Alveretta. Sign up today.