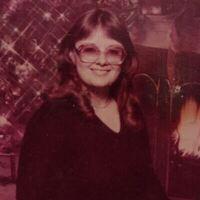 Amanda Carol Freeman, 57, of Whitesboro (formerly of Sanger), passed away following a lengthy illness, surrounded by her family.

On February 23, 1964, Carol was born in Seagraves, Texas, to Herbert Lee and Wanda Josephine (nee Caswell) Stewart.  Her family moved to Sanger, where she attended and graduated from school.  She met Johnny Nix Freeman, and they were married in 1982.  They raised their children in Sanger and later moved to Whitesboro, Texas.  Carol worked in various positions for Verizon (formerly GTE) for over twenty years.

Carol was a loving wife, mother, and grandmother.  She was affectionately known as “Gigi,” a title that she wore proudly.  Her family was her whole world, and she gave the best hugs.  They loved going to her house because of the love that filled their home and because she was an excellent cook.

The family wishes to thank Heart to Heart Hospice and Carol’s precious daughter-in-law, Mila, for the care they gave over the past few years.

I'm so sorry to hear about Carol. The few times that I saw her at the Caswell reunion let me know what a special person she was. May God Bless each of her family as they remember her with each tear that falls.

Johnny and Family Carol was an amazing talented person. I am honored she was my friend the laughs we shared will always be great memories. She was always there to listen when I needed someone to talk and to share her wisdom. She will be truly missed she was one of a kind.

May God bless you and your family in this time of sorrow. Carol was so sweet and enjoyed working with her at GTE/Verizon for 20 years!! Keeping you in my thoughts and prayers! Gayle Wolf Denton, TX

I am so sorry for your loss, and pray God bring peace and love to your family in this trying time.

Never miss an update about Amanda Carol. Sign up today.