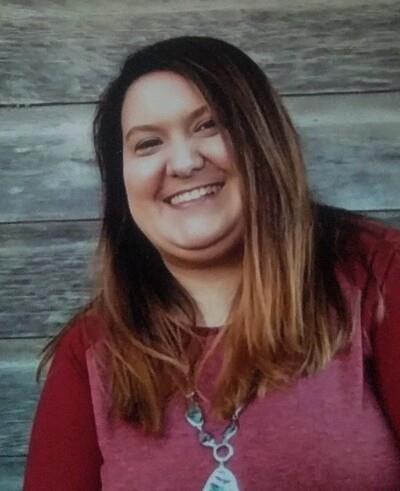 On December 3, 1985, Amanda was born to Dwight and Joyce (Brunkow) York in Wamego, KS. She graduated Wamego High School in 2004 and attended Highland Community College and Manhattan Area Technical College. Amanda worked as a Paraprofessional Educator for the St. George Grade School for 10 years.  She was united in marriage with Todd Michael Hendricks on September 17, 2011 at the Westview Community Church in Manhattan, KS. He survives of the home.

She loved spending time with her girls and enjoyed riding and being around horses, as well as doing various arts and crafts projects to gift to her friends and family.

She is preceded in death by her grandparents, Dudley & Gladys York, and Jean Brunkow as well as a cousin, Colleen McCarter.

Private family services will be held at a later date at the St. George Cemetery. In lieu of flowers, the family has suggested memorials to the Brooklyn and Skylar Hendricks Education Fund, and may be left in care of Stewart Funeral Home, PO Box 48, Wamego, KS 66547.

Amanda was such a sweet and caring person. I am so thankful that I had the chance to work alongside Amanda and that my child had the opportunity to be taught my Amanda. She had such a strong work ethic and she was so patient and caring with kids, no matter how difficult they were. She was one of a kind and she will be missed. Heaven gained something precious. Your family will be in my thoughts and prayers. I am so sorry for your loss.

I am so filled with sadness, Todd, at the news that you lost Amanda. May God keep an angel over you and your girls to give you comfort and peace.

Dwight and family, So sorry to hear of your daughter's passing. Prayers and our deepest sympathy.

My heart goes out to her family. I went to grade school with Amanda. She was an awesome student and amazing person to be around. My prayers are with all her family.

My heart is heavy and so sad ,for your loss.Prayers for Peace and Comfort, thru this difficult time.

I remember the day Amanda was born, and how excited everyone was. She was such a ray of sunshine, and that never changed. I will always remember her with her horses and all of her puppies and kitties. I will always remember how devoted all of you were to her, from her first breath to her last. We were all so lucky to know her, and she was so lucky to be so loved. She couldn’t possibly have had a more loving and caring family. My heart is with you Joyce, Dwight, David, Matt, Larry, Todd,...

To the entire York family , Corky and I send our deepest condolences . So sorry for your loss . Linda( Willard) Zentz .

Never miss an update about Amanda. Sign up today.