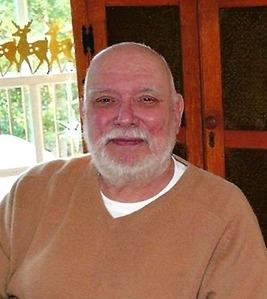 DAVIS, Andrew Martin "Marty" III, 78, of Montgomery, Texas, passed peacefully February 9, 2021, in Conroe, Texas. He was preceded in death by his wife, Mary V. Davis; his parents, Andrew Martin (Jack) Davis Jr. and Mabel Whitt Davis. He is survived by his daughter, Shannon D. Rowe (Gary); stepdaughter, Suzanne M. Carter (Terry); stepson, Stephen J. Veltman. He is also survived by his sister, Anne Frances D. Del Giudice; three stepgrandchildren, Leah M. Morgensen (Sean), Robert J. Carter, Lexie Grundstrom (Connor); and one great-grandson, Brayden Morgensen. Martin graduated in the class of 1960 from Manchester High School, Richmond, Va., and received his B.S. in Business from East Carolina College in Greenville, N.C. Most of his working career was with the Woodlands near Houston, Texas. Memorial services are to be determined. If you choose, memorial contributions may be made to your local SPCA or to the American Cancer Society, P.O. Box 22718, Oklahoma City, Okla. 73123. Please write Restricted to Research in the memo.

Martin brought so much love and kindness to everyone who had the honor to know him.