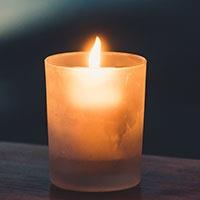 Ann was born on January 31, 1938, in Hattiesburg, MS, to the late Loa Lemuel and Ruth Colmer White. She graduated from Petal High School. Ann was baptized, raised, and married at Main Street Baptist Church in Hattiesburg.

While a freshman at USM, Ann met James Allen at the Baptist Student Union where they both served on the student council. Two years later, they were married. After Ann completed her home economics degree, the couple moved to Indiana, where she earned a masters degrees in clothing and textiles at Indiana University. During their time in Indiana, Ann came to love Indianapolis 500 racing. Her cousin lived across the street from the raceway, and they became regular attenders.

Ann and James moved to Columbus in 1965, where she began teaching home economics at MUW. Eventually, because of her desire to help people who were experiencing life crises, she started working at Contact Helpline, where she eventually became director. In 2014, Ann finally retired as an administrator at Community Counseling Services.

The community of faith was very important to Ann. She was a longtime member of First Baptist Church of Columbus where she sang in the choir, played handbells, and directed children’s choirs. In 2002, when James became the organist at First United Methodist Church of Columbus, she continued her active serving role in the Chancel Choir and with the handbells. She also loved volunteering at the front desk in the church office. Ann was a regular at Sunday afternoon Vespers, where she would sing every hymn from memory.

Ann was an avid reader, but she truly enjoyed working with her hands-sewing, needlepoint, cake baking, and decorating.  Ann made many of her beloved daughter Elizabeth’s clothes. Her decorated cakes were gifts for birthdays and other special occasions, but it is her pound cakes that will especially be missed by family and friends alike.

Ann tried never to miss the events of her family’s lives. She was always present when Elizabeth was singing and James was playing. She was a familiar face at grandsons Jacob and Jonathan’s school and sporting events.  She learned score keeping and kept stats for all of the boys’ baseball games and because of Mark, had a deepened interest in airplanes and aviation.

Condolences to the family and friends.

James, Elizabeth, Mark and boys we have such fond memories of your wife, mother, mother-in-law and Bebe. She certainly loved each of you and was willing to cook for you, enjoy music with you, watch ALL your games, sew for you, and do anything else you wanted or needed. We sent our sympathy and prayers--wishing we could be with you❤❤

Mrs. Ann will always be one of the most dedicated, kind, hardworking, stern but gentle beings I had encountered while at CCS. I loved hearing the stories about her children and grandchildren. Heaven has gained a beautiful angel. May God comfort the family during this difficult time, and give you peace.

Sorry for your loss. My thoughts and prayers are with all of you.