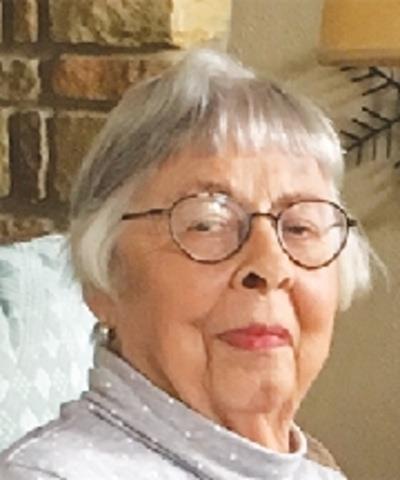 DAVIS, Ann Crossley Ann Crossley Davis, beloved wife, mother, sister and friend passed away suddenly on 6/29/2019. A graduate of Michigan State University, Mom was a gifted and renowned artist, lover of books and poetry, enthusiastic gardener and most of all a fierce protector for her devoted...

Ann was born on July 19th 1930 in Montclair, NJ to Robert Crossley and Elizabeth Thieringer Crossley. She was an only child until she was 17 years old when she was joined by her much adored sister Susan ( Susie ). Summers were spent with a large extended family on Shelter Island, NY. As the oldest, Ann was frequently responsible for an army of beloved younger cousins. Ann developed her love for the ocean during these times and indulged her passions such...

What an amazing couple-- Ann and John. My sympathy to the family. Love to you from MSU! Gary Anderson

So sorry to hear of Ann's passing. She was a great lady. I still hear her telling the story about the move to Dallas and her not being hired by DISD until the school district knew that the VA had hired you, John. You and Ann saw a lot of changes - and faced them together. Condolences also to Kevin and Mike.

John...so sorry to learn of Anns' death..the years have passed all too quickly and so we are losing so many fine folks and dear friends. Benita and I shared a long relationship with you and Ann during, I think you would agree, a most unique time in our lives and professional times. It was alway enjoyable at your house and we recall your young sons as well. I also valued our personal relationships with both of you and our time as 'practice-mates'. I'm sure you recall that we were partners in...

What do you say about one of the best women the world has been blessed to have known.... Ann was so very special to all her knew her. I will forever remember her laugh, her wonderful stories of days before and her devotion to her husband and sons. She will forever be missed. - Susan Hart

Ann Davis was a priceless essential in the life of my friend John Davis for 66 years.

I love her photo chosen for this obituary. John is a priceless teller of human stories. I see this image of Ann as responding to one of his wisdoms, or maybe one of their sons who may have had the same wit about them. John never takes himself too seriously. Ann was often in the same boat, as some of us see in this priceless photo.

The world has changed with the loss of Ann Davis! It...