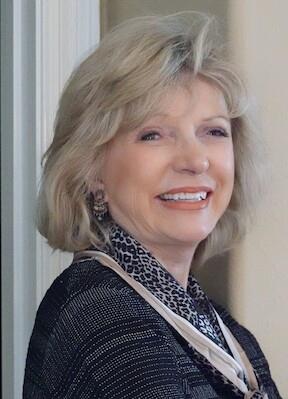 Not the right person? See All ›
LOCATION
Pensacola, Florida

Pensacola - Ann Terry Davis, loving partner, mother, mother-in-law, aunt and friend passed away peacefully at home on Thursday, July 2, 2020, with family by her side. An illness that no one expected took her too quickly. We will never understand exactly why.

Many people counted Ann among their "dearest" friends. She was an adventurous woman and engaging conversationalist with a sharp mind and a spunky sense of humor. Ann was a kind hearted listener and confidant…with a soft spot in her heart for people in need. She possessed an intuitive sense of fairness. For Ann, treating others graciously and with respect came easily. She poured love into the world, and she will be profoundly missed.

Born in Pensacola, Florida on January 20, 1945 to Louis H. Davis and Ann E. Herrington, Ann spent intermittent years in Arkansas, Pensacola, Japan, California and Michigan before graduating from Pensacola High School in 1963. She attended college in Orlando, Florida while working at Orlando Regional Hospital, where she developed her passion for the field of medicine. She moved to Pennsylvania in 1969, where she remained until returning to Pensacola in 2003. In 2008, Ann began the next chapter of her life and entered the work of real estate, retiring at the end of 2019. Organizations including the League of Women Voters and American Pen Women brought much enjoyment to Ann, and she had great dreams and aspirations for her post-retirement life…but that was not to be.

Due to the restrictions of the COVID-19 pandemic, there will be a graveside service for family members only. However, the family would like to express its utmost appreciation for the support and caring hearts of so many of Ann's friends who have reached out to do what they could for Ann and her family during these past few weeks. Your friendship is so cherished. Please remember her in your own special way.

Whenever I was with her I felt loved

Ann could light up a room with her smile alone! She was a caring and giving person who was always putting others before herself. She was engaging and articulate in her thoughts. Ann will be long remembered for the quality person that she was. If you knew her, you will miss her.

Ann Davis will be missed by many. She was an extraordinary lady. Godspeed.